Emphasising the central government’s focus on the Indian Ocean Region (IOR) and overall maritime security, union finance minister Nirmala Sitharaman on Tuesday announced a massive jump of around 43 per cent in the modernisation funds of the Indian Navy in the defence budget for 2022-23 at Rs 47,590.99 crore.

The Indian Air Force retained the biggest share of the forces’ capital budget at Rs 56,851.55 crore–an increase of just about 4.5 per cent from the previous financial year. But the Indian Army’s capital budget went down by 12.2 per cent to Rs 32,102 crore, from Rs 36,481.90 crore in the last fiscal.

The overall defence budget of 2022-23 at Rs 5.25 lakh crore is a jump of Rs 46,970.53 crore and 9.82 per cent over the budgetary estimates of Rs 4.78 lakh crore in the last financial year. This includes Rs 1.19 lakh crore as defence pensions for the Armed Forces, which increased by around three per cent from the previous fiscal.

Of this, the total capital outlay earmarked for the Armed Forces was Rs1.52 lakh crore—a 12.82 per cent increase from the capital budget of Rs 1.35 lakh crore allocated last year. The revenue budget of the Armed Forces stood at Rs 2.33 lakh crore—a hike of 9.89 per cent from the previous financial year. The fourth component of the defence budget, the civil budget for the ministry of defence, stood at Rs 20,100 crore.

In the previous financial year, the Navy’s capital budget was Rs 33,253.55 crore, but its revised estimates last year were hiked to Rs 46,021.54 crore, given its high pace of spending. The Navy also had a high total expenditure of Rs 41,666.76 crore in the financial year 2020-21. Among other things, the Navy is focusing on building its capabilities based on its threat assessments in the IOR.

As reported by News18.com last week, the Army had spent just around 40 per cent of its budgetary estimates of the ongoing financial year, while the IAF had used about 70 per cent of its funds. The Navy had, so far, spent the highest of its capital funds at around 90 per cent.

The hike in both the capital and revenue defence budget is significant at a time when India continues to remain locked in a military standoff with China in eastern Ladakh. The capital defence budget is meant for new acquisitions and modernisation of the Armed Forces, while the revenue budget will be utilised for the maintenance and sustenance of the equipment, weapons systems by way of procuring ammunition, spares and will also cater for the salaries of the Armed Forces personnel.

In her budget speech, Sitharaman said defence research and development will be opened up for the private industry, start-ups and academia. And 25 per cent of the defence R&D budget earmarked for the purpose.

Under this budget, the private industry will be encouraged to take up the design and development of military platforms and equipment in collaboration with the DRDO and other organisations through a special purpose vehicle (SPV) model.

The budget also announced the setting up of an independent nodal umbrella body for meeting wide-ranging testing and certification requirements.

Sitharaman said the government is committed to reducing imports and promoting Atmanirbharta or self-reliance in equipment for the Armed Forces.

The government’s push for indigenisation is also evident in the budget allocated for the newly created seven defence public sector undertakings (PSUs) from the erstwhile Ordnance Factory Board.

The defence budget has set aside a total of Rs 3,810 crore for these seven new DPSUs—of which Rs 2,500 crore is for emergency authorisation and Rs 1,130 crore is to handhold them in the initial years. In her budget speech, Sitharaman announced earmarking 68 per cent of the capital procurement budget for the domestic defence industry in the defence budget for 2022-23, up from 64 per cent in the previous financial year.

Separate earmarking of 58 per cent capital budget for the private domestic industry was first made in the financial year 2021-22.

SP Shukla, president of SIDM, said the creation of a nodal body for setting up testing and certification requirements of defence systems and platforms will help the domestic industry through faster processes and cost-efficiency.

The SIDM welcomes the announcement of setting aside 68% of capital outlay of defence budget for domestic industries, he said. “This will sustain investments and attract fresh capacity creation,” Shukla added. 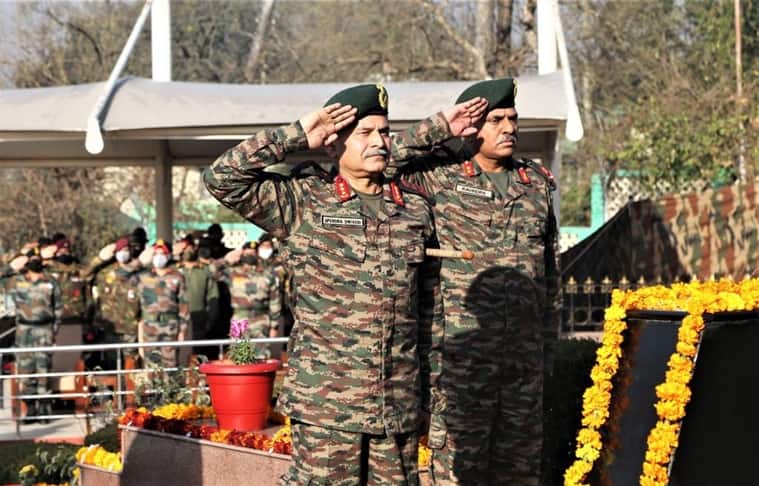