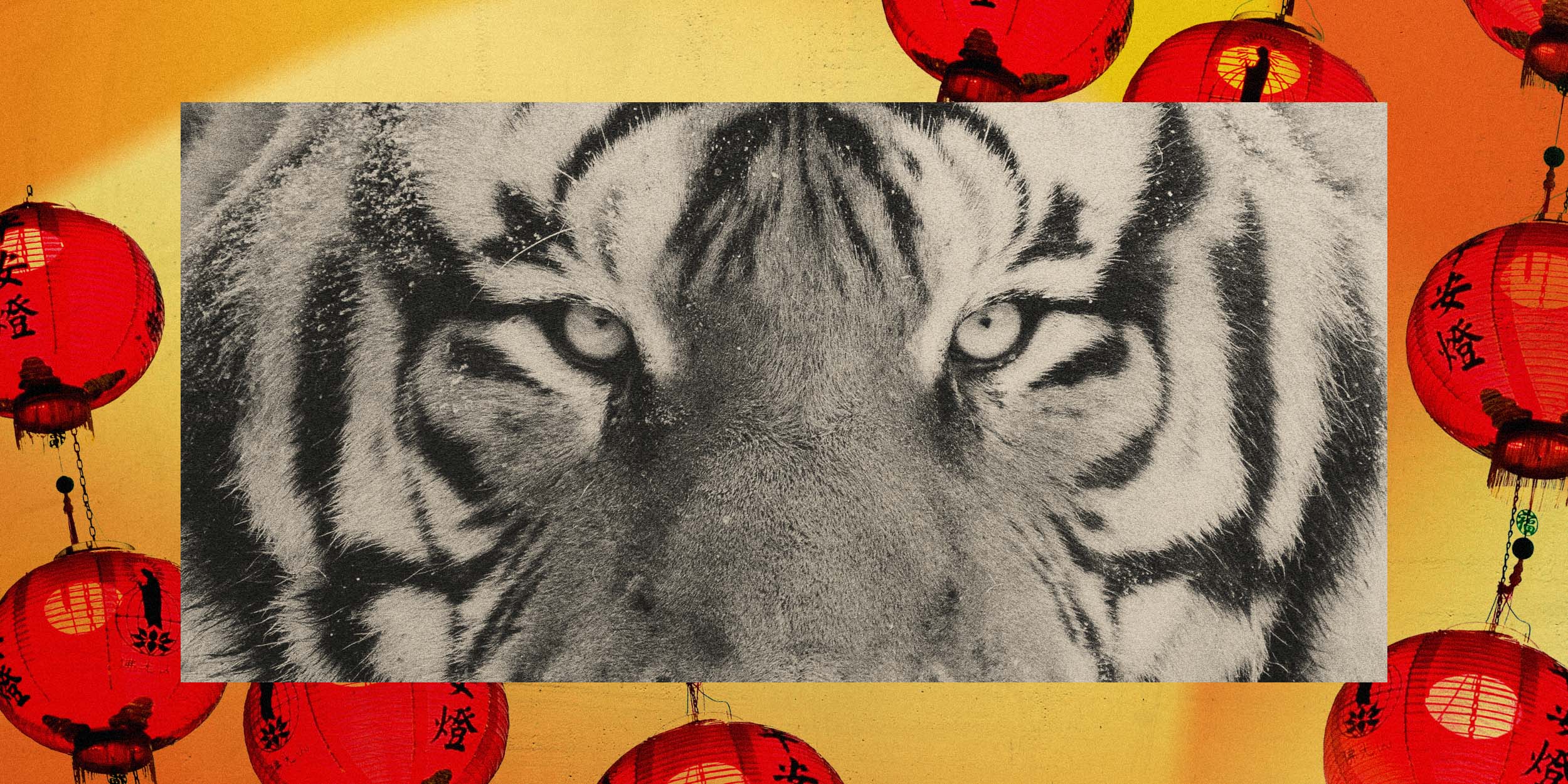 For those who celebrate Lunar New Year, which officially begins on the first day of February, the occasion could mark a pivot toward refreshingly good change.

The holiday, which is observed by primarily East Asian countries and Vietnam, in addition to their diasporas, ushers in the Year of the Tiger. The animal, one of a dozen in the Chinese zodiac, is considered a positive sign, often associated with the defeat of evil, Jonathan H.X. Lee, a professor at San Francisco State University whose research focuses on Asian and Asian American religions and folklore, told NBC Asian America.

While the world has experienced several difficult years in the pandemic, Lee said Chinese mythology dictates that the Year of the Tiger could offer hope amid the challenges.

“Collectively we have been living in the shadows of a great evil, the pandemic,” Lee said. “And I think 2022, the Year of the Tiger, will be a year when there will be movement towards driving out that evil.”

Lee stressed that much like a horoscope, the zodiac sign isn’t solely an omen, but also a reference to which qualities to harness to maximize the positive aspects of the tiger. It’s particularly relevant to those born in the Year of the Tiger, Lee said, who have the courage of the sign within them but need to actualize it.

“If we were reading this like your horoscope, it’d be, ‘This is the year that you should be more courageous. Step outside your comfort zone,’” Lee said. “Or it’d be a message like, ‘This would be a good year for you, but you have to step outside the door. You have to go pursue it with courage.’”

Lee explained that the tiger — which is tied to the years ​​2010, 1998 and 1986, among others — has long held powerful significance in Chinese culture, where the zodiac tradition originated. In Chinese mythology, Lee said, the tiger is called upon by the Jade Emperor, the ruler of heaven, to exorcise demons. The purging of evil can be applied societally, for example, symbolizing the relatively positive shift from pandemic to endemic, Lee said.

Given its status as a guardian, the tiger embodies archetypal characteristics of not only courage but also bravery, Lee explained. So the new year could also symbolize resilience and strength, even in times of struggle.

This can be interpreted in the context of pandemic-fueled racism toward the Asian American community. A compilation of hate crime data published Monday showed that anti-Asian hate crimes increased by 339 percent last year compared to the year before, with some major cities — including New York, San Francisco, Los Angeles and other cities — surpassing their record numbers in 2020.

“For this year, what better mascot can we have than a tiger in terms of showing courage and ferocity and fierceness in combating anti-Asian hate?” Lee said. “The tiger in and of itself can be a great mascot for fighting back or for stopping the violence, because that’s what the tiger did. There were demons on Earth that were violent and causing destruction, causing a lot of harm, and the Jade Emperor called on the tiger to go down and defeat them. And he did.”

“The whole kind of movement of life, movement of the planet, it’s continuous,” Lee said. “You might wake up one day, and morning would be the best time for you to do a certain thing, like, say, get married. … The whole goal is to maximize the energy of the universe in order to maximize your own potential and health and well-being.”

Though much of the zodiac and traditions behind Lunar New Year have been frequently chalked up to “superstition,” Lee said it’s critical to recognize the customs as part of folk life. The lore risked being lost in the 19th century, when China was attempting to fight colonial powers. Due to the permeation of a Western idea that it was not a legitimate belief system, the zodiac and age-old traditions like it were instead seen as a sign that the country was not sufficiently developed. Much of Chinese folk culture and religion had been blamed as the reasons why the country was unable to fight off colonial oppressors and “advance” into the modern age.

“There’s a whole history of the term, ‘superstitious,’ and how, really, that is responsible for the Cultural Revolution in China and the destruction of Chinese cultural heritage,” Lee said. “That’s why during the Cultural Revolution you had the destruction of all the Chinese temples, to try to make Chinese people less ‘superstitious’ or, by extension, less religious. But that idea is really a Western kind of application into China that has a really horrible impact.”

The zodiac itself has its roots in early humanity, Lee explained. It was a way for “the ancients,” as historians refer to them, to make sense of the world. Many Western traditions dictate their zodiacs based on the sun, but the Chinese zodiac is predicated on the movements of the moon.

While the folklore and customs have been challenged in the past, sometimes through violent means, Lee said it still remains, bringing along a profound lesson with its survival.

“They haven’t been able to destroy it because it’s so powerful. It’s so deeply rooted in Chinese civilization,” he said. “It goes to show the power of belief, right, and the power of this cultural kind of folklore.”