Mandate 2022 in Uttar Pradesh may well provide answers to a question that is assuming urgency as efforts to revive the economy continue to sputter, and the countdown to the 2024 Lok Sabha election begins. Can politics be firewalled from the economy with a steady diet of muscular majoritarianism and tired old tropes about the Congress?

Set against the twin backdrops of visible economic distress and an agrarian agitation of the kind not seen for decades, the UP polls have turned into a test case to determine the point at which politics and economics intersect. Or do they? The outcome in UP will either bolster the BJP’s conviction that its heady Hindutva cocktail trumps bread-and-butter issues or it will present the Opposition with a platform to put up a convincing fight in the next general election, provided it can craft the message from UP into an effective slogan.

The BJP knew that UP was going to be tricky this time. There were too many signals of distress from the ground and Prime Minister Narendra Modi’s pre-election Santa Claus act did little to alleviate voter worries. The BJP’s response was to simply change the terms of electoral engagement and revert to the familiar tactics of polarisation. Its election machine is firing on all cylinders, and from all directions, to blitz any talk of disappearing jobs, rising prices and the devastation caused by the pandemic.

For the first phase of polling, the BJP carpet-bombed western UP by sending all its heavyweights, including Union ministers, door-to-door. They resurrected yesterday’s emotive issues and ignored the disquiet on the ground. In Parliament, Prime Minister Narendra Modi did not even attempt to defend his government. He deflected all criticism by training his guns on the Congress and shrugged off responsibility for everything, including the migration havoc during the first Covid lockdown.

And from faraway Karnataka, the BJP fired a potent salvo by raking up a blazing row over the hijab. As Hindu-Muslim tensions rise in the southern state, it is easy to join the dots from Karnataka to UP and guess that the hijab controversy has been pulled out like a rabbit from a magician’s hat to exacerbate communal tensions in UP’s minority-dominated pockets polling in the second phase.

The extent of economic distress on the ground can be gauged from a survey published in The Indian Express recently. Conducted by Mumbai-based thinktank People’s Research on India’s Consumer Economy (PRICE), the report paints a heartbreaking picture of the blow to income levels of the bottom 40 per cent in the last five years — that is between the years 2016 and 2021. It’s an eyeopener on how the poor have fared through the double whammy of declining economic indicators post-demonetisation and a once-in-a-lifetime pandemic.

Although it is a national survey, its findings can be extrapolated to understand ground realities in UP, which ranks as one of the country’s three poorest states, according to NITI Aayog. Here are some startling facts. The income level of the poorest 20 per cent dived 53 per cent in five years while that of the 20 per cent at the next level fell 32 per cent. The rich reaped a whirlwind in the same period. The income of the richest 20 per cent households grew 39 per cent.

Now, contrast this with the decade before, from 2005 to 2016. The survey highlights that this decade saw the income of the poorest 20 per cent surge 183 per cent while that of the richest 20 per cent grew 34 per cent. For the poor, this meant an unprecedented annual growth rate of 9.9 per cent in household incomes.

It is reasonable to assume that most of the poor hit by the five-year slump in incomes belong to Dalit, OBC and Muslim communities. After all, these groups are at the bottom of the pyramid everywhere. The question that presents itself as UP goes to polls is whether the steep fall in their economic status will influence their voting patterns in 2022.

Five years ago, in 2017, before income levels started plunging, the BJP had swept to a stunning victory, riding a wave of popular support from a slew of Dalit and OBC groups. While the cutting edge of its campaign was Hindutva, the party worked on the ground to stitch up a rainbow coalition of upper-castes, non-Yadav backward castes and non-Jatav Dalits. It was a project in progress since 2014 and culminated in the 2017 sweep. BJP got a record 40 per cent vote share and 312 of the 403 assembly seats, something no party had achieved in UP for more than three decades. The social coalition held together in the 2019 parliamentary polls as well to give Modi a second term with a bigger majority.

As the PRICE survey highlights, the ground has shifted considerably since 2017. The effects of demonetisation were already pinching when the pandemic exploded like a nuclear bomb. Covid was the proverbial straw that broke the camel’s back as economic activity ground to a halt for two quarters in 2020-21, causing the GDP to shrink by 7.3 per cent. The income of the poor contracted drastically as small and medium enterprises went bust and the service industry shut down. The urban poor were the worst hit.

Elections in India have been fought traditionally on emotive appeals rather than economic issues. UP, in particular, has been trapped in the Mandal-Kamandal paradigm for more than three decades now, with identity and communal motifs dominating the narrative in every poll.

While Akhilesh Yadav and his Samajwadi Party are trying to break out of this paradigm by bringing the economy centre-stage in the ongoing state polls, it remains to be seen whether they are able to stay the course in the face of the highly charged and polarising campaign of the BJP. There are already signs that Akhilesh is faltering, as the saffron narrative slowly gains traction while the focus on basic issues blurs.

Akhilesh could learn a trick or two from his friend in neighbouring Bihar, RJD’s Tejashwi Yadav, who led a spirited attack against the BJP-JD(U) in the 2020 state polls, with a one-line slogan promising 10 lakh government jobs to the youth. The RJD lost but Tejashwi’s single-minded concentration on the big economic issue of the day gave his opponents several sleepless nights and nearly won him the election.

The writer is a senior journalist 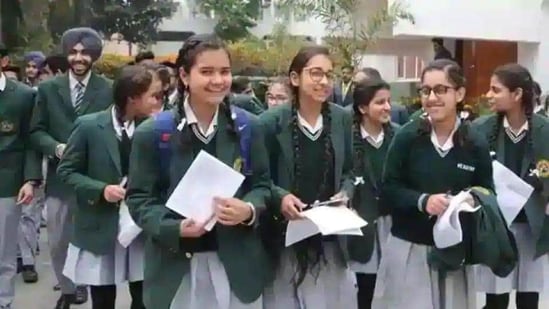