Skip to content
Facebook Twitter Instagram LinkedIn
Home Lifestyle What is turnip cake and why is it a popular Lunar New Year dish?
Editor’s Note — Sign up for Unlocking the World, CNN Travel’s weekly newsletter. Get news about destinations opening and closing, inspiration for future adventures, plus the latest in aviation, food and drink, where to stay and other travel developments.

(CNN) — Not all Lunar New Year foods are created equal. Some only make a brief appearance at the festival for auspicious purposes. Others are so delicious they grace dim sum tables around the world all year.

Chef Tsang Chiu King, culinary director of Ming Court in Hong Kong’s Wan Chai area, has his own theory on why turnip cake is such a popular Lunar New Year dish, especially in southern China.

“Compared to other Lunar New Year cakes, turnip cake is popular as it’s one of the few savory new year puddings. Together with the freshness of the white radish, it can be quite addictive as a snack or a main dish,” he says.

The scientific name of the veggie used in the beloved dish is raphanus raphanistrum subp. sativus — try saying that with a mouthful of turnip cake. But some of its common names include Chinese radish (luobo in Chinese) and Japanese radish (daikon).

“I grew both green and white radishes in my garden here in Michigan,” he says. “Radish is one of the major vegetables (along with Chinese cabbage) in the northern part of the Yangtze river in winter. Similar to the English phrase ‘an apple a day keeps the doctor away,’ in Chinese, it is said ‘eating radish in winter and ginger in summer keeps the doctor away.'”

So why is loh bak goh referred to as “turnip cake” on English menus and websites all over the world? Nobody really knows, but it’s possible someone just confused the two — daai tau choi (turnip) and loh pak (radish) are very similar — and the mistranslated name stuck.

Why turnip cake is a lucky Lunar New Year dish

Chinese radish, preserved Chinese sausages, dried mushrooms and seafoods are some of the common ingredients in a turnip cake.

Also lost in translation is the Chinese nickname for radish, which explains why it’s a popular Lunar New Year dish.

“White radish is also called ‘choi tau’ or ‘cai tou’ in some areas of China, which sounds like the words for ‘good luck’ in Chinese. So it’s an auspicious cake,” says Siu Yan Ho, a food culture and Chinese etymology expert at Hong Kong Baptist University.

“Radish is also a seasonal produce eaten in winter — together with rice that is a common product in the south — so it is a dish that can be made easily with local ingredients.”

Chef Tsang has been using and modifying his own turnip cake recipe for more than four decades.

Every year, Ming Court churns out more than 2,000 boxes of these new year cakes, made with about 1,800 kilograms of white radish. Preserved sausages, shiitake mushrooms and dried seafoods are other main ingredients found in loh bak goh.

“The way of cooking stays more or less the same, but the ingredients have changed a lot. The economy wasn’t as good and people weren’t as picky in the 1970s. Today, we pick the best ingredients — organic white radish from local farms, mushrooms from Japan, dried shrimps from Vietnam, for example,” says Tsang.

“But don’t limit yourself with these ingredients. You can use porcini and parma ham instead of shiitake and Chinese preserved sausage if you can’t access the traditional ingredients. Make it a cake that you love.”

The chef speaks from experience after helming Chinese restaurants around the world, from Switzerland to Australia to mainland China.

Secrets to a successful turnip cake

A fresh and plump Chinese radish retains more water and is sweeter than aged ones.

“Picking a good radish is halfway to success,” says Tsang, as he holds up two radishes in his hands.

“The one on the left indicates that it is not freshly picked. Older radishes will have less moisture and may have a bitter taste as a result,” says Tsang.

Also, make sure you’ve got your proportions right.

“A good turnip cake should be soft and pillowy with chunks of crisp radish. It’s also important that the other ingredients don’t overpower the star of the dish: the white radish,” says Tsang.

Ready to give a try? Tsang has shared his tried and tested traditional loh bak goh recipe.

When it comes to ingredients, feel free to improvise.

Ingredients for the cake mixture:

1. Steam the Chinese sausages, then dice them into small cubes.

2. Soak the dried mushrooms in water — just enough to cover them — for at least half an hour. (Save the water they were soaked in for later use.) Slice the mushrooms in half then cut them into fine cubes.

3. Soak the dried scallops in a small amount of water for at least half an hour until the scallops are soft enough to be shredded by hand. Keep the soaked water for later use.

4. Soak and roughly chop the dried shrimp. Again, save that water for later.

5. Chop 2/3 of the radishes into chunky strips. Chop the rest into fine strips. This ensures the larger radish strips retain a crunchy texture after steaming, while the thinner strips will easily melt in your mouth.

2. Combine the water that was used to soak ingredients. Add more fresh water if needed. The total amount of liquid should be around 150 ml.

3. Pour the liquid into the powder mixture slowly, stirring and blending until it runs smooth and there are no lumps. Put the mixture aside.

4. Stir fry half of the diced Chinese sausage with all of the chopped dried shrimps and mushrooms in a wok or a large pan until their fragrances are released.

6. At this time, you can add the vegetable oil and sesame oil to the liquid mixture. Then, pour the steaming ingredients from your wok into the cold mixture of liquid you prepared in steps two and three. Stir until the mixture is slightly thickened .

7. Pour the mixture into a container that can be placed in a steaming pot. Sprinkle the remaining shredded scallops and diced Chinese sausage on top of the turnip cake mixture.

8. Steam the cake in the pot for 45 minutes — if you have to add water to the steamer in the middle of the process, restart the timer once the water is brought to boil again. To check if a cake is ready, poke a skewer into the center of the cake and make sure it comes out clean. If there is still gooey mixture on the skewer, steam it for another 10-15 minutes.

How to serve turnip cake:

The most common way to serve turnip cake is to cut it into slices and then pan fry them. Start with low heat to warm up both sides of the cakes. Then turn up the heat and pan fry it until it’s golden. Turn down the heat again until the cakes are fully cooked. Switch it to high heat for a few more seconds, right before you transfer them to a plate. 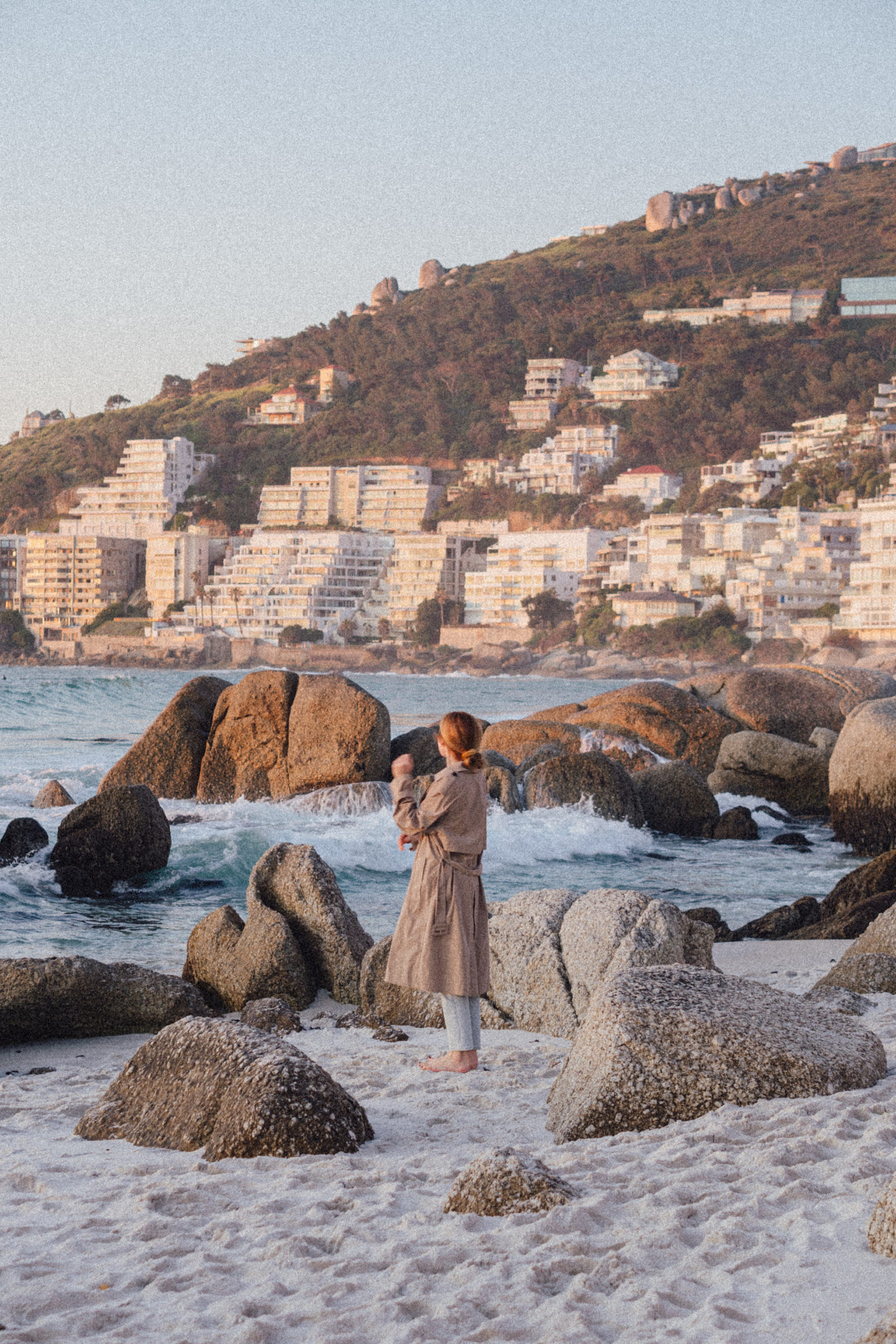