Veer Savarkar was the first barrister who did not swear allegiance to the King of Britain after passing the grade-in examination in Britain in 1909… therefore he was never accorded a letter of title.

If you read things about Veer Savarkar, your will feel proud. Without knowing about such a great revolutionary, whose name is Veer Damodar Savarkar, Indian freedom struggle is incomplete.

Yes, let us learn about him.

A name which has been erased from the pages of history. Veer Savarkar was subjected to such torture by the British that by just thinking of him, cowards would shudder.

It is still a fear for politicians to take his name because he rendered selfless service to Maa Bharati (Mother India).

Veer Savarkar was the first revolutionary patriot who opposed the condolence meeting in Nashik in 1901 when Queen Victoria of Britain died and stated that she belonged to our enemy country; therefore, we were not entitled to mourn.

It was Veer Savarkar who was the first patriot to put up big posters in Trimbakeshwar saying that those celebrating Edward VII’s coronation should not celebrate slavery.

In 1905, Veer Savarkar lit up the foreign clothes in Pune. Upon viewing Veer Savarkar’s burning of foreign clothes, Bal Gangadhar Tilak described him as Shivaji in his newspaper Kesari. Gandhi in his South African letter ‘Indian Opinion’ condemned this act.

In 1905,he was expelled from Fermison College for burning foreign clothes and fined 10 rupees, causing a strike. Tilak himself wrote an editorial in favor of Savarkar.

Veer Savarkar was the first barrister who did not swear allegiance to the King of Britain after passing the grade-in examination in Britain in 1909… so he was never accorded a letter of title.

Swatantraya Samar of 1857 is the first book of Veer Savarkar which proved the British, Gaddar.

Each copy of ‘Swatantraya Samar’ was sold for Rs 300. The book was printed abroad and printed in India by Bhagat Singh. This was the holy Gita for revolutionaries in India.

Police raids found copies of this book in the homes of patriots. On July 8, 1910, Veer Savarkar had jumped into the sea and swam to France after being imprisoned in a ship from Britain to India.

Savarkar was the first revolutionary whose case went to the International Court of Hague, but due to the collusion of Britain and France, he did not get justice and was taken captive to India.

He was the first who was sentenced two life imprisonment by the British.

Upon hearing the imprisonment sentence of two births, Veer Savarkar laughed and said,”Come on, the Christian authority has accepted reincarnation theory of Hindus.”

At KalaPani sentence,he extracted 30 pounds of oil daily by running a crusher for more than 10 years.

During his time in Kala Pani (Andaman Nicobar island), Veer Savarkar wrote poems on the walls of the dungeon with coal and memorized 6000 lines.

Veer Savarkar was the first patriotic writer, whose books were banned for many years after independence.

This is fatherland India from the sea to the Himalayas, where one’s ancestors were born & that is the land of Hindus.

Veer Savarkar was imprisoned for thirty years by the British, and after independence, Jawahar Nehru imprisoned him in the Red Fort under the guise of killing Gandhi, but he was later released after being found innocent. Nehru was afraid of his nationalist views.

Veer Savarkar when he ascended to heaven on 26 February 1966, when some parliamentarians moved a condolence motion in the Indian Parliament, it was stopped saying that he was not a member of parliament, while Churchill’s death was mourned in the House.

Veer Savarkar, Swatantra Veer, whose posthumous statue was installed on 26 February 2003 in the same Parliament in which the condolence motion on his death was also stopped.

Indian National Congress President Sonia Gandhi wrote to the President to prevent his portrait from being installed in the Parliament House but President Dr. Abdul Kalam rejected the suggestion and Mr. President unveiled the portrait of Savarkar himself.

Manishankar Aiyar as minister in Congress regime had Veer Savarkar’s inscription removed from the Kirti Stambh of the Cellular Jail in Andaman Islands and replaced with Gandhi’s.

Veer Savarkar had run a crusher in Kala Pani for 10 years for independence, whereas Gandhi never faced laathi charge nor operated a Charkha for ten minutes in that jail of Kala Pani.

Veer Savarkar was the first son of Maa Bharati who was prevented from moving forward even after living and dying… but Veer Savarkar is like the sun, the youth of new India, after tearing through the darkness, are supporting his Nationalist views . 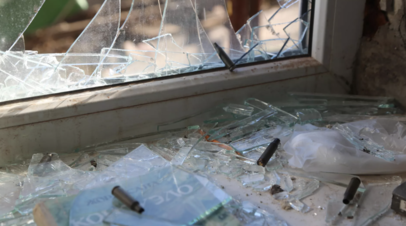 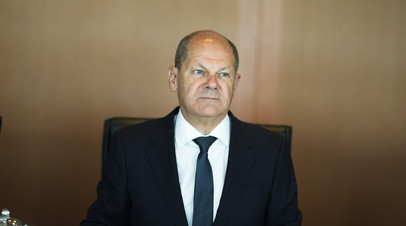