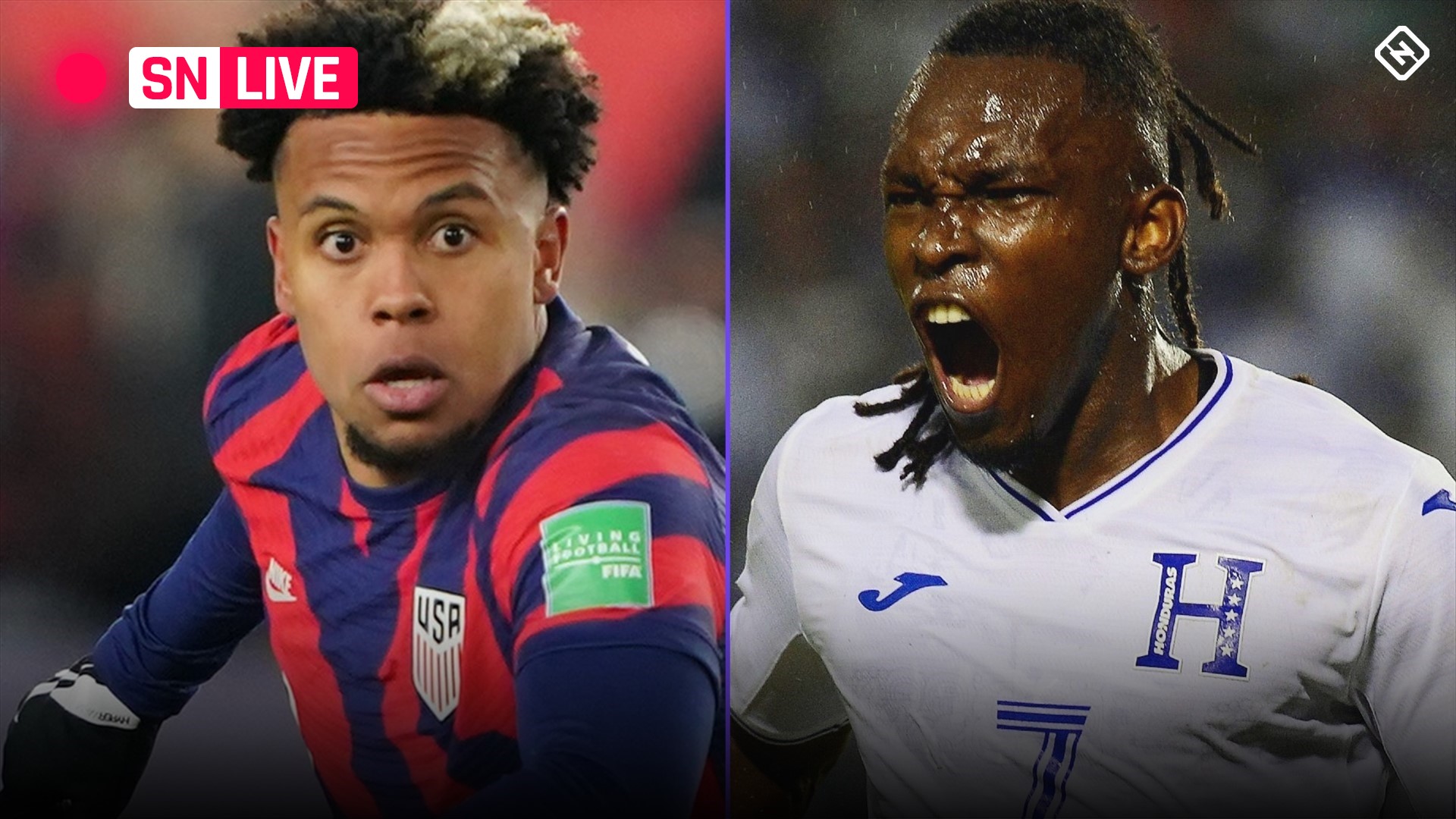 The U.S. men’s national team hosts Honduras in a virtual must-win home game in its quest to qualify for the 2022 FIFA World Cup.

While the Honduran team was mathematically eliminated in the last round of matches on Sunday, the USA finds itself in second place with 18 points and a home win would help inch closer to qualification with the final three matches set to be played in March.

To ensure homefield advantage for this match the Americans opted to host the match in the frigid cold of Minnesota, where temperatures will be close to zero farenheit with windchills entering the negative territory. “It’s about being resilient,” USMNT manager Gregg Berhalter said. “We know it’s difficult for both teams, but that’s part of it. The World Cup is on the line. We’re going to go through it and we’re going to give everything.”

Anything less than a victory and three points would see the USA and its fan base enter the March slate with deja vu after the shocking elimination from the 2018 World Cup four years prior. Those March matches feature trips to Mexico and Costa Rica sandwiching a home game against Panama, which is a contender for one of the direct spots.

Sporting News will be following the USA vs. Honduras qualifier, providing live score updates, commentary and highlights as they happen.

60th min.: Great sportsmanship by Tim Weah, knocking the ball out of play with the goalkeeper on the ground with a head injury (a previous Weah shot struck the ‘keeper in the head).

58th min.: The USA will not be content until it gets that third. The American forwards are battling hard. Tim Weah and Jordan Morris fight to win the ball back and Ricardo Pepi is the beneficiary for a shot that finishes wide.

56th min.: The USMNT in total control. So much so that goalkeeper Matt Turner has to stay warm by doing sprints while he’s waiting to be called into action.

50th min.: Strong start from the USA. Great combination play between Weston McKennie and Tim Weah and it’s Weah who gets the shot off, forcing a save.

46th min.: The second half is underway and Honduras makes three changes, including the goalkeeper. Romell Quioto is out of the game.

Halftime: That’s the way Gregg Berhalter drew up that first half. Early goal, solid defending and a second just before halftime. If Honduras showed any fight to start the first half, the visitors looked deflated after conceding the second. It’s looking like the second half has more U.S. goals in it.

More first half goals than Minnesota has degrees 🔥🔥🔥🔥 pic.twitter.com/fQb3mLC9Uq

46th min.: Another set piece opportunity for the USA and Walker Zimmerman had a free header. These set pieces have done in Honduras so far.

37th min.: GOAL USA — And on the set piece, the USA scores. Kellyn Acosta with the delivery into the box and the ball reaches Zimmerman in the box with his back to goal and he spins and scores. Honduras wanted a foul but the goal stands.

Another set piece, another GOAL for the @USMNT 🔥@thewalkerzim sends it home for the 🇺🇸 pic.twitter.com/2hxLMjDHFn

33rd min.: There’s an injury break and Matt Turner runs to the sideline to wrap himself in a blanket. It’s that cold.

This man is in the middle of playing a senior World Cup qualifier. pic.twitter.com/Z3w6Z8RT5F

V much here for grown up swaddles pic.twitter.com/08Oh0BsQ5v

29th min.: Ricardo Pepi tries the overhead kick in the box. The U.S. midfield is providing service in this game. Gregg Berhalter’s lineup choices have been spot on thus far.

26th min.: USA chance! Kellyn Acosta feeds Tim Weah in behind and both Weah and Ricardo Pepi get looks crashing the goal, but the Honduras goalkeeper and a fellow defender get in the way.

What a pass by @LAFC‘s Kellyn Acosta to set up this chance for the @USMNT 🎯 pic.twitter.com/43oVHgqm1a

20th min.: A Tim Weah shot stopped by the Honduras goalkeeper, but no corner kick given. The refs didn’t see the touch.

17th min.: Ricardo Pepi needs some treatment after taking an arm to the face. Most of the action taking place in the USA’s half of the field. Honduras is battling hard, but there will be space for the USA if it can organize a counter.

14th min.: Choppy start to this game, but Honduras attempting a response. Honduras star Alberth Elis slips in the box before a cross and then Maynor Figueroa tries to test U.S. ‘keeper Matt Turner from distance. The visitors are still in this game.

THERE IT IS!@WMckennie puts the @USMNT on top! 🇺🇸🇺🇸🇺🇸 pic.twitter.com/yMnMcvOdzX

2nd min.: The Jamaican referee asks USMNT ‘keeper Matt Turner to remove the hand-warming pouch that was tied on his waste. Not permitted.

Matt Turner was told by the referee to remove the quarterback pouch. pic.twitter.com/8rQBupfXL1

Refs says no to @headdturnerr QB pouch, courtesy of the @Vikings. pic.twitter.com/VxKbo95qHa

1st min.: Underway in Minnesota. The USMNT kicks it off, fans are in the stands. So far looks like a normal game. Except for the temperature:

7:25 p.m.: Lots of condensation coming out of players’ mouths as they sing:

Entering tonight, #USMNT has won all five games that Walker Zimmerman and Miles Robinson have started together, by a combined score of 12-1.

6:57 p.m.: They eventually appeared on the field, but who can blame them for waiting a bit longer before coming out on the field.

#USMNT on the field for warmups. No sign of the Hondurans yet. pic.twitter.com/jRg5TLAaJ3

6:45 p.m.: In addition to the cold, this will be one of the big talking points from the match. Gregg Berhalter said the following in the pregame: “We think [Christian Pulisic] has a big role to play, just not in the first half.”

Confirmed from the USSF that Pulisic being dropped is a coach’s decision. Based on what I’ve been told, he’s not injured or anything. #usmnt

6:06 p.m.: We’re going to learn a few things tonight with the cold conditions in Minnesota, including what a muff is:

USMNT goalkeeper Matt Turner will be allowed to wear this handwarmer during the match, as well.

Spokesperson said that the muff (yes, it’s called a muff) was given to the US by the Minnesota Vikings. pic.twitter.com/klcBWpEHTj

No Christian Pulisic against Honduras with Jordan Morris taking his place in the starting lineup. Tim Weah makes a return after missing the Canada match due to travel restrictions, while Ricardo Pepi gets a chance up front after his surprise benchings in each of the last two matches.

The USMNT also has to deal with injuries to two starters: Kellyn Acosta comes in for Tyler Adams in midfield, and Walker Zimmerman enters in place of an injured Chris Richards at center back. Zimmerman wears the captain’s armband with Pulisic not in the lineup.

Sergino Dest has played sparing minutes for Barcelona of late and looked tired against Canada, so Reggie Cannon spells him at right back in a match against a weaker opponent.

Honduras is officially eliminated from contention, but ‘El Bolillo’ Gomez is going for a result in Minnesota with a 4-4-2 formation relying on the speed and improvisation of forwards Alberth Elis and Romell Quioto. A recall to the starting lineup was expected for veteran Maynor Figueroa along the backline. In midfield, Alfredo Mejia returns from his performance in the El Salvador match with attack-minded Edwin Rodriguez starting on the bench.

How to watch USMNT vs. Honduras

Wednesday’s match between the United States and Honduras from St. Paul will be broadcast on FS1 (English) and Univision and TUDN (Spanish) in the USA.

It can also be streamed on fuboTV and new users can take advantage of a free 7-day trial.

The odds in this match are so skewed towards the United States that it’s hard to find genuine openings here without taking on risk.

Despite the recent struggles, there is no reason the USMNT won’t win, and it could even be a chance for it to take out some recent frustration. Christian Pulisic and the U.S. attack has been spotty at best over the last two matches, but a solid expected goals showing against El Salvador (2.98 xG) gives hope for a better result.

Honduras has already been eliminated from contention, and therefore the equatorial nation could look to open things up more, instead of just sitting back and remaining compact. That should allow both sides to find more openings, and the goals could be flowing. 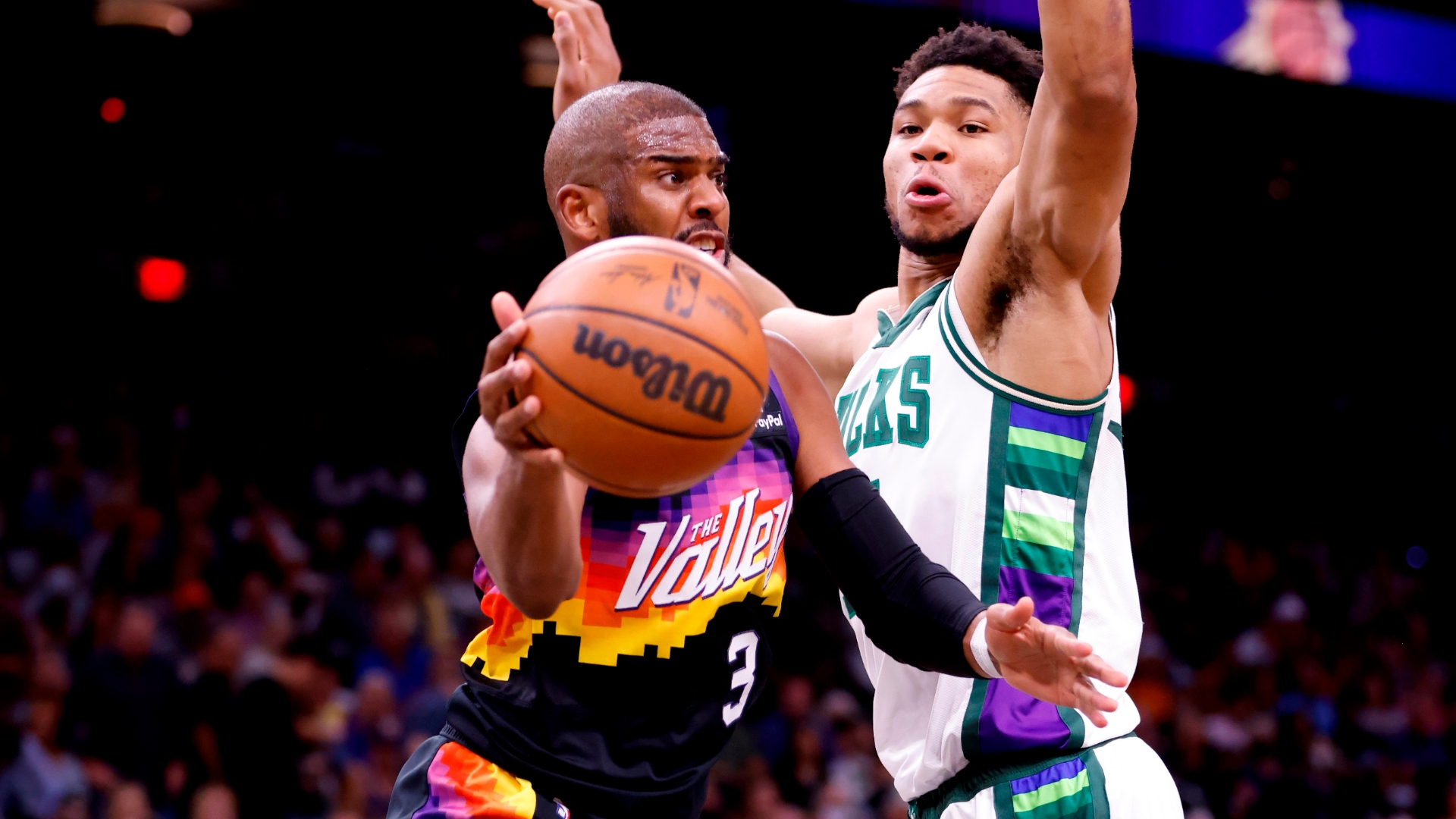 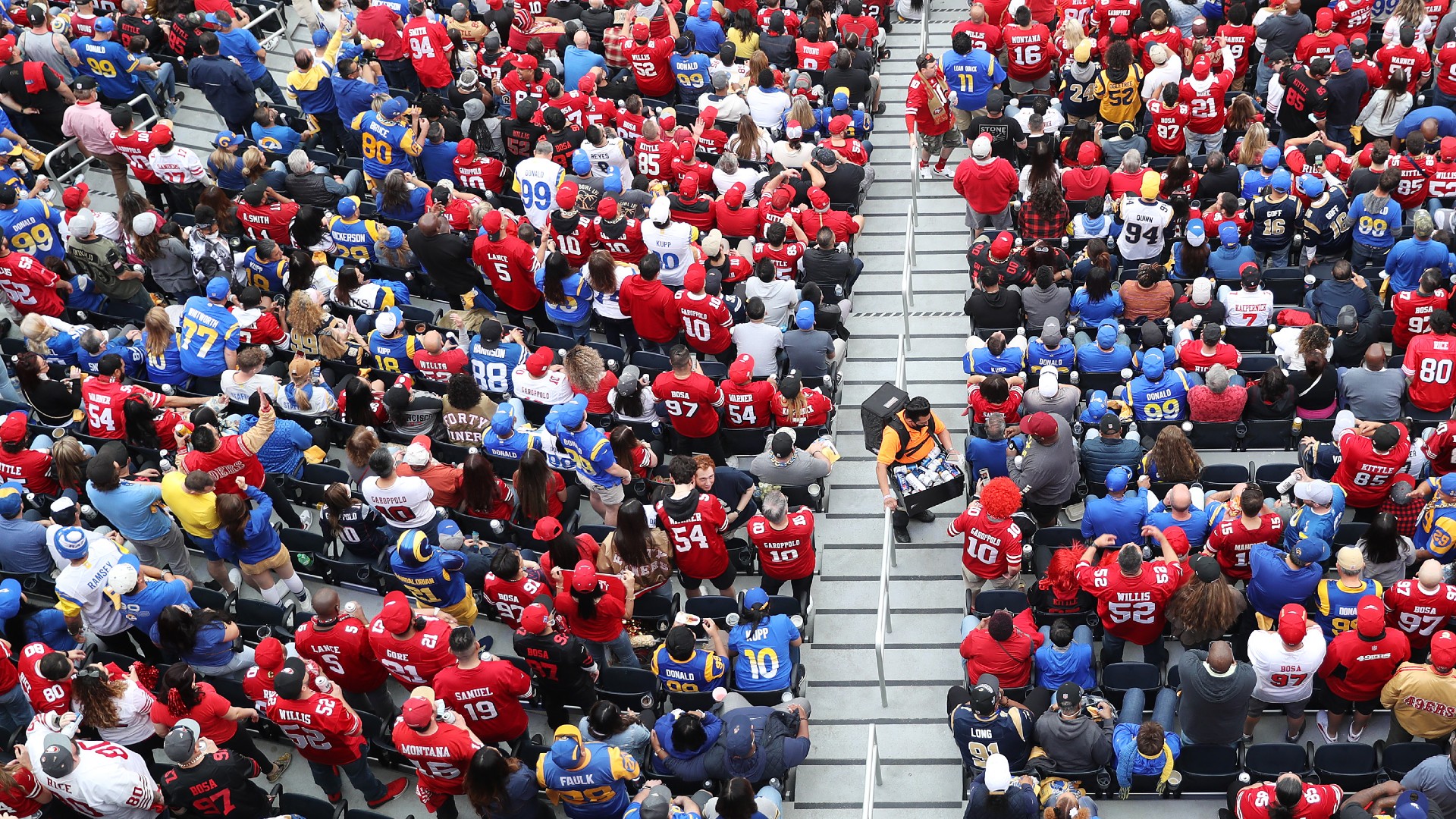 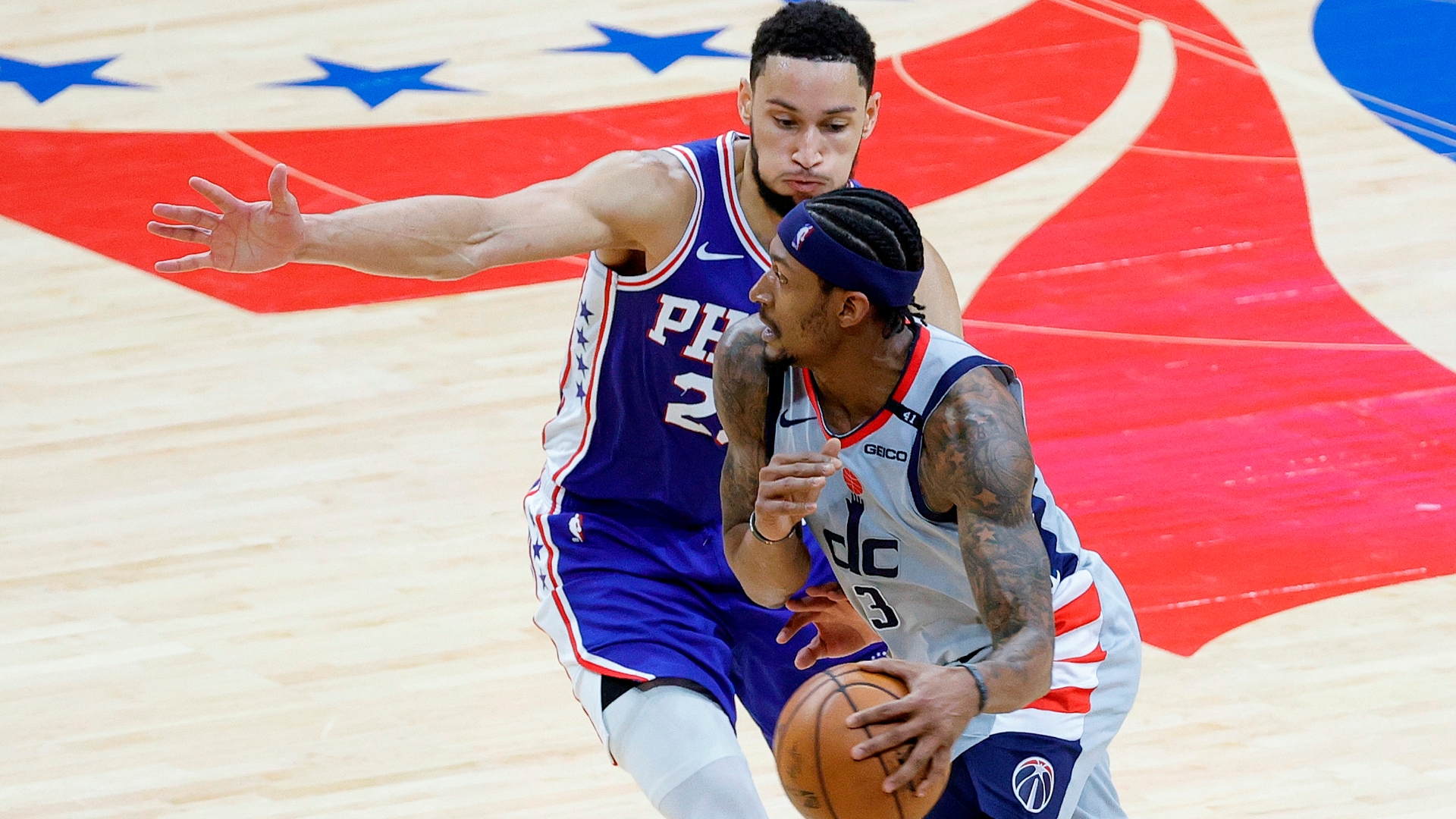