The age-old concept of pocket money has evolved over the years, says Shankar Nath, co-founder of Junio, a kid-focused pocket money app. “Pocket money was mostly given to a child for offline purchases but now there is a significant usage towards online and making in-app purchases when they are on Roblox or if they want to buy something on Amazon,” Nath says.

Nath, who was the chief marketing officer at Paytm for five years and started Junio along with his former colleague Ankit Gera in 2020, says the idea of making a kid-focused pocket money app came to mind while observing his 12-year old daughter. “Kids are now doing online transactions but for most transactions, they are still dependent on parent’s payment instruments,” Nath tells indianexpress.com over a call.

“Kids are able to do everything themselves online, why is transaction such a problem and can there be something in a small way dedicated for children and their own payment instruments,” he explains how the Junio app is trying to solve a traditional problem through technology and digitisation. The Junio app is available on Android and iOS platforms. (Image credit: Junio)

Nath said the pandemic and going cashless have deeply changed the piggy bank concept. “Children connect more easily if it is online,” he says. Most importantly, according to Nath, pocket money gives a child a sense of independence and that itself is a valuable life lesson. “They [children] need to realise that this is my money, I am responsible for it and I will try and spend in the wisest way.”

Whether or not to give a child a monthly allowance is the parent’s personal decision, but Nath agrees it’s important to teach children the value of money and understand money management. “Instead of providing everything that the child asks for if we can provide children with a budget, within that let the child learn how to manage and that may include choosing one thing over the other,” he explains.

The Junio app is available on Android and iOS and the parent or the child can either sign up with their phone number. With Junio, as Nath explained, it is easy to create the child’s virtual prepaid card with minimal KYC verification. The bank and the backend is the RBL, says Nath. Powered by RuPay, once the card is made, a parent can top-up the card by putting in say Rs 1000 and then that card can be used for online purchases. The physical card can also be made which comes after two to three days and can be used everywhere, including restaurants. Every time the card is used and the money is spent, the parent will get a notification on their phone. By following simple steps on the app, the card can be disabled, in case the card is lost or being misused.

The card is essentially a prepaid card and because the bank account is not linked, the exposure level is much lower compared to traditional debit or credit cards. Nath said, “the card has a maximum exposure of Rs 10,000.” The virtual card has a validity of two to three years and can be extended through simple steps. 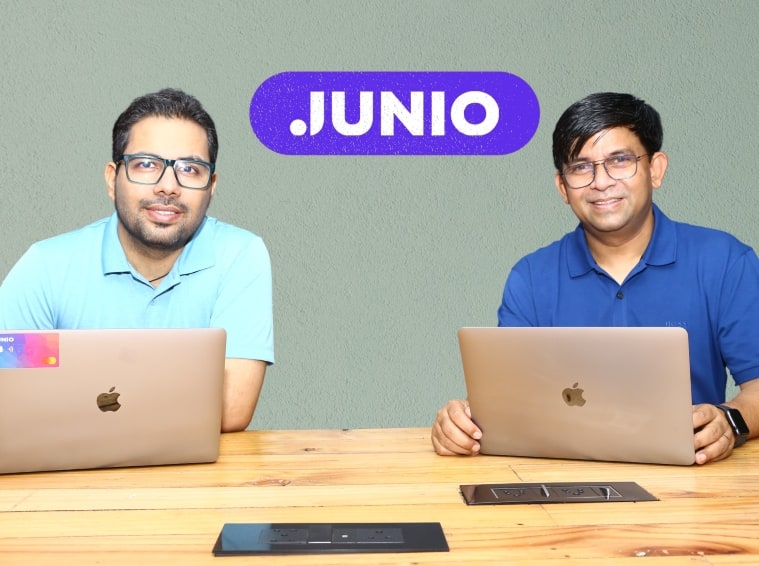 Although Junio was launched a few months back, the app has seen over a million downloads on both Android and iOS platforms in less than a year. In fact, every day over 10,000 transactions are happening through the card. As of now, over 600,000 people have signed up for the Junio card and approximately 300,000 are children.

As for the business model, Nath gets Rs 99 every time the user orders the physical Junio card. Nath’s company also makes money when the transaction happens through the card. “We essentially get something called the merchant discount rate (MDR), which is typically between 1 and 1.5 per cent,” he said. To increase revenue streams in the future, Nath will tie up with one of the big Ed-tech players and offer discounts on a curated educational package. This will happen once the goal of 500,000 children signing up for the Junio card crosses.

The plan is also to offer savings account for grown-up kids and for that Nath’s Junio will tie up with a major bank on the backend. If things go as per plan, Junio will also tie up with a leading online brokerage house and help teenagers understand how the stock market works and the risks attached when investing in stocks.