The base model of the Galaxy S22 series will have relatively slow charging support compared to the competition. The Galaxy S22+ and Galaxy S22 Ultra are expected to offer support for 45W fast charging.

Samsung is all set to unveil the Galaxy Unpacked event on February 9 where it is expected to unveil the Galaxy S22 series of phones. Like previous years, this could include the Galaxy S22, Galaxy S22 Plus, and Galaxy S22 Ultra lineup of devices. And as customary, almost all details about the three Galaxy phones have leaked, leaving very little to the imagination. While most of these include performance improvements and new design treatments, that may excite you, the latest bit of news might upset you. According to a report by Phonearena, the vanilla variant of the Galaxy S22 may stick to a 25W charger that’s used by its predecessor. This is at a time when we have phones with 55W, 65W, 67W, and even 120W charging support available in the market. But there might other issues that might disappoint buyers.

Ahead of the upcoming Galaxy Unpacked event, some images (supposedly from the marketing stack) have appeared online that reveal the Samsung Galaxy S22 will support a 25W charging speed only. While this isn’t exactly super slow charging, it may be slightly disappointing for some users considering the fact there are faster charging options offered by other manufacturers. Especially considering that this will be a flaghsip-grade device. Thankfully, it seems like the other variants of the device, namely the Samsung Galaxy S22 Plus and the Galaxy S22 Ultra may not be limited by such slow charging rates. They will reportedly launch with a much faster 45W “Ultra-Rapid” charging support. The newly leaked promo material claims the two phones will be able to fill the tank full in 60 minutes. 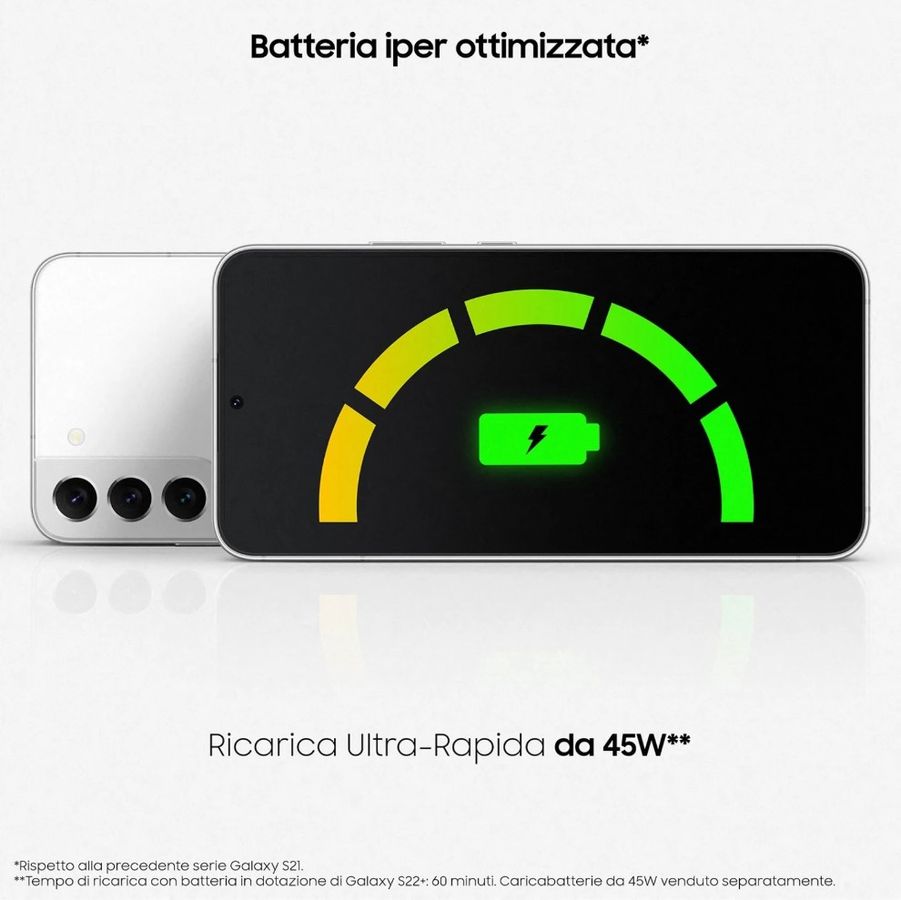 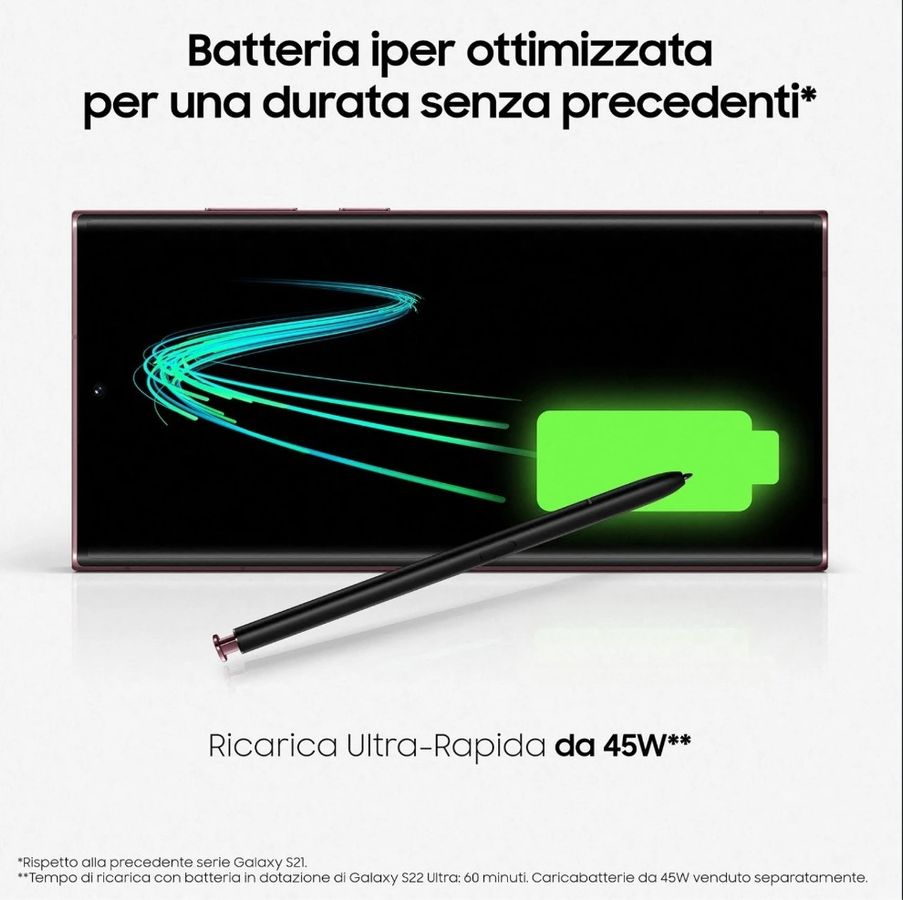 Aside from this, buyers may also have to deal with the issue that these phone may not come with the charging brick in the box.

All the three Galaxy S22 phones will ship with no adapter, for ecological reasons, of course. So, if you want one, you will have to pay extra for a new 25W or 45W charger depending on the model you pick. Else, if you already own one, use that. By the way, the Galaxy S22 smartphones should come with a USB PD 3.0 based wired charger along with wireless and reverse wireless charging facilities.

As for the rest of the repertoire, the rumored attractions include a revamped design, Snapdragon 8 Gen 1/ Exynos 2200 SoC (market-specific), Dynamic AMOLED 2X displays with adaptive refresh rate, and a new set of camera hardware and features. 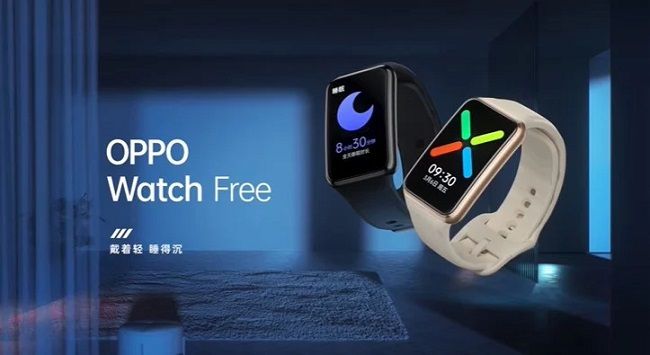 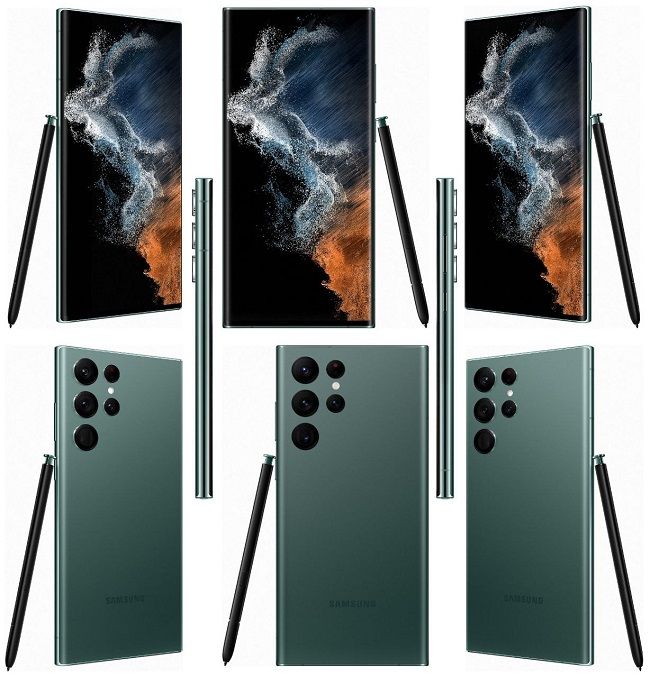 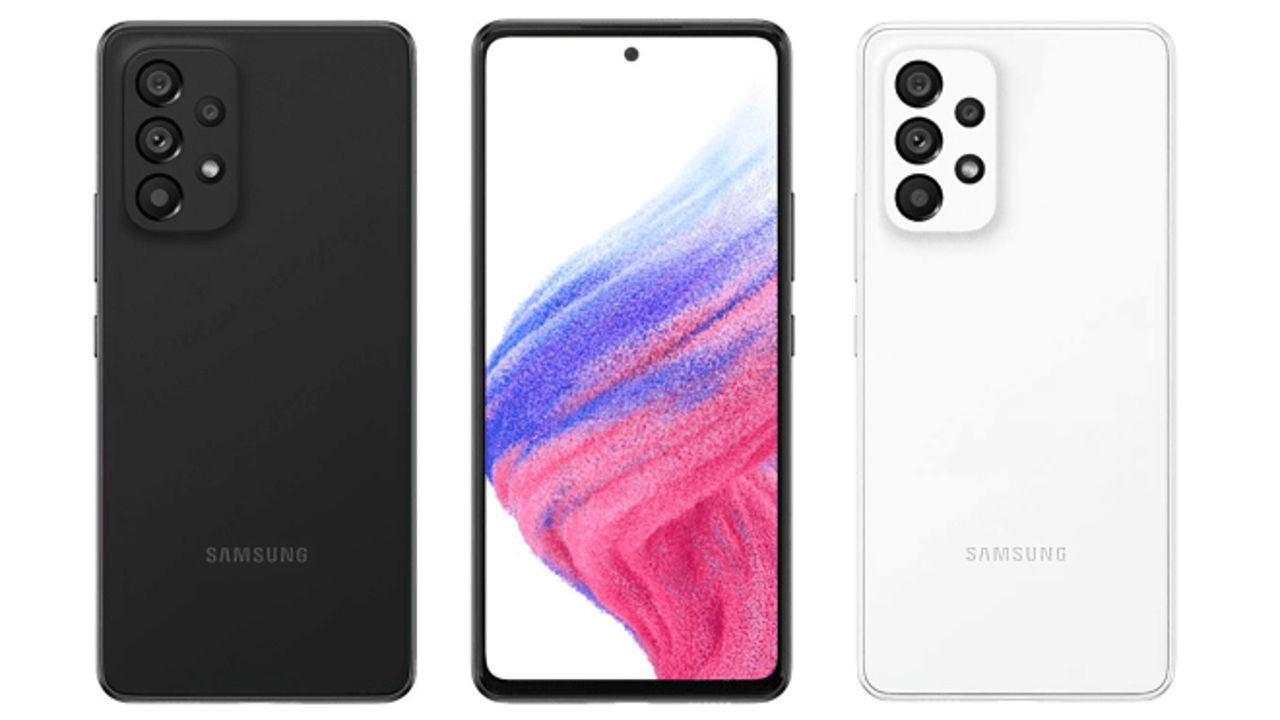