New South Wales have overcome a nervous run chase against a Queensland bowling attack left without key paceman Michael Neser, scoring a five-wicket win in a rain-affected domestic day-night clash at the Gabba.

Set a revised 101 runs from 24 overs after Queensland made 7-105 in 24.2 overs, NSW reached their target with 18 balls to spare.
Queensland were forced to defend the total without Neser, who succumbed to an apparent side strain after one legal delivery of the NSW innings.

Picked in Australia’s squad to tour Pakistan in March, Neser seemed to hurt himself as he warmed up to bowl during the innings break.
NSW made heavy work of the run chase, slumping to 5-66 when opener Hayden Kerr was bowled by Mark Steketee (1-12) for 31 off 51 balls.

But dashing young batter Ollie Davies steadied the innings with 26 from 29 balls and he found an able partner in 22-year-old wicketkeeper Baxter Holt.

Holt made a quickfire 21 runs from 14 balls to help put the game out of Queensland’s reach.

Jason Sangha, in his first match as NSW captain, won the toss and sent Queensland in on a seaming Gabba pitch under grey skies.
Bulls openers Usman Khawaja and Sam Heazlett made watchful starts before rain stopped play after the third over with Queensland 0-8.
It didn’t take long for NSW to make the breakthrough when play resumed as Heazlett (10) edged a delivery from Ben Dwarshuis that was eagerly accepted by Holt.

Tremain struck again in the same over as he caught and bowled Matthew Renshaw for a duck, leaving the Queensland innings in disarray at 3-23.

Queensland lost a further four wickets, including Marnus Labuschagne (13) and former Test opener Joe Burns (18), before rain intervened again in the 25th over.

Jimmy Peirson top-scored for home side with an unbeaten 26 from 37 balls.

Daniel Hughes was ruled out after testing positive for COVID-19 while Kurtis Patterson continues to recover from a broken finger. 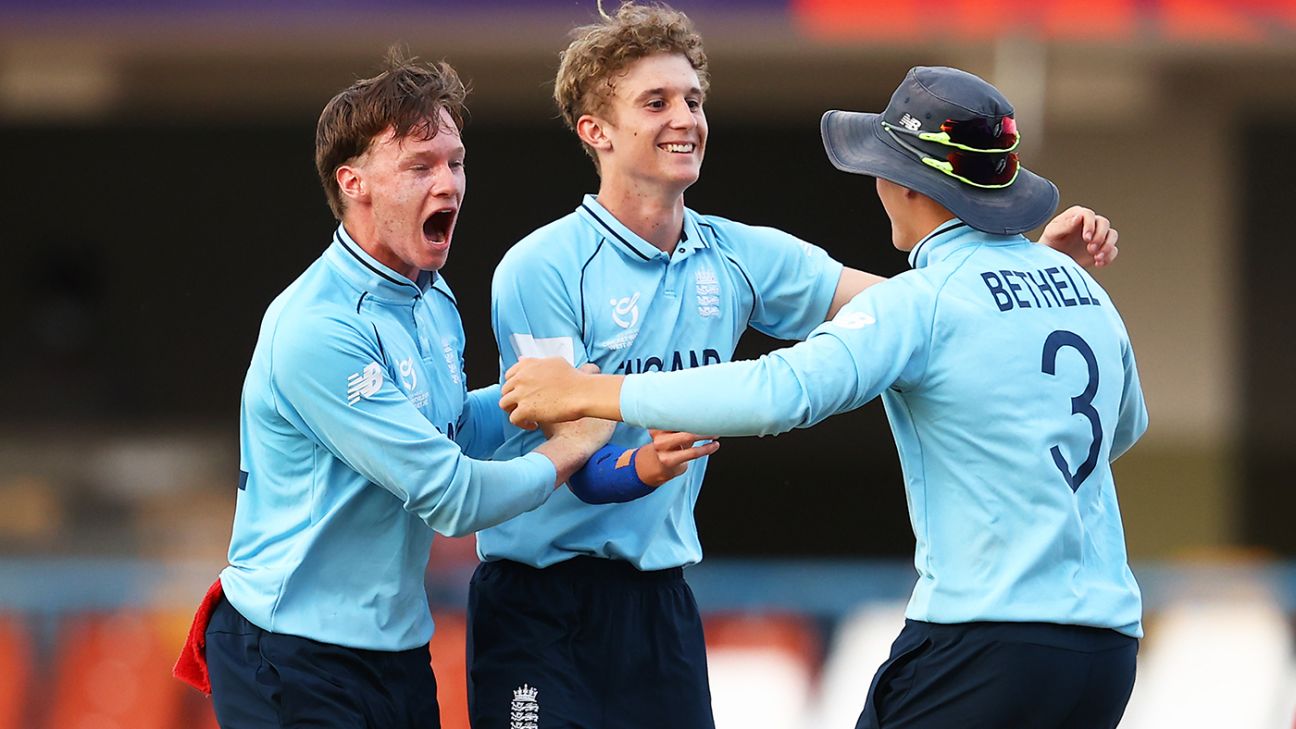