Minutes after former Enforcement Directorate (ED) Joint Director Rajeshwar Singh announced on January 31 that he was taking the political plunge after his voluntary retirement from the agency, a montage video of Singh went online. In the video, Singh is seen praying to Lord Shiva, walking in a park in slow motion, reading a newspaper and engaged in an intense discussion — all this while the score of S S Rajamauli’s brawny epic Bahubali plays in the background. The video was retweeted by his sister Abha Singh with the comment: “Here comes #Rajeshwar Singh ex ED”.

This unmistakable strongman image has often been associated with Singh’s career —be it during his stint with the Uttar Pradesh Police or the country’s premier anti-money-laundering agency.

In his decade-long career as a police officer in UP — from 1997 to 2007 — Singh, now 48, cracked down on mafia gangs in Lucknow and Allahabad, with the high point of his career being the arrest of strongman Atiq Ahmed. A recipient of the police medal for gallantry, Singh has close to two dozen encounters to his name — this, many would argue, sits at odds with his law degree and doctorate in human rights from Delhi University.

An alumnus of IIT, Dhanbad, Singh operated in the ED — which he joined in 2007 as an assistant director — with no less swagger. From the Madhu Koda case to the Sahara case, from 2G scam to the 2010 Commonwealth Games case, from the Y S Jagan Mohan Reddy case to the coal scam cases, Singh probed almost all the high-profile cases of the UPA era, involving politicians of the then ruling dispensation.

Singh’s nomination as the BJP candidate from the key Sarojini Nagar constituency in Lucknow comes at a time when the ED is accused of going after Opposition politicians. While there have been instances of CBI directors becoming governors after retirement or entering politics, Singh’s decision to join the BJP raises questions of propriety, given that he was a serving officer of a central agency and quit to join electoral politics.

Questions have also been raised over the allegedly political nature of the ED’s investigations, with their tardy progress and poor conviction record. While its first conviction came in the Madhu Koda case, more than 10 years after the ED began probing money laundering cases, its marquee 2G scam probe resulted in acquittal of all the accused.

The most important case of Rajeshwar’s career was the 2012 Aircel-Maxis deal, in which the accused include then finance minister and senior Congress leader P Chidambaram. As the regime changed in 2014, he probed a series of cases — from the INX Media deal to irregularities in the Rajasthan ambulance scheme and investments in Vasan Healthcare — where either Chidambaram or his son Karti was named. Chidambaram sent time in detention over it.

“He has friends everywhere, be it in ministries, legal fraternity and every political party. I wouldn’t have been surprised if, had there been a Congress government, he got a ticket from the Congress,” said a senior IPS officer

Sources said this would not have gone unnoticed by the top BJP leadership, which holds Chidambaram responsible, as Home Minister, for probe into the encounter killings in Gujarat that saw the arrest of Amit Shah.

More recently, as head of the Lucknow Zone in the ED, Singh led the investigation against Gayatri Prajapati, a Samajwadi Party leader and mining minister in the previous Akhilesh Yadav government, in a case of alleged money laundering and illegal mining.

Singh’s former colleagues in the agency talk of him as a sharp and meticulous officer.

“He is intelligent and very hardworking, with a deep understanding of cases and, above all, takes bold decisions,” says former ED Director Karnal Singh, who supervised Singh’s probe into the Aircel-Maxis and INX Media cases, among others.

“We were always a step ahead in every case. Before an accused could make a move, we were prepared for the court. During interrogations, Singh could surprise even the most well-prepared suspect with evidence,” said former ED deputy director Kamal Singh, who had worked with Singh since the days of the 2G scam case.

Another close colleague, retired deputy director Satyendra Singh, remembers him as a “true leader” to his subordinates. “Despite his commanding presence in the agency, he was always warm, even in adverse situations. Once, some sensitive details of the 2G case got leaked to the media and the superiors were very angry. He shielded all of us by taking full responsibility and asked for action to be taken against him,” Satyendra Singh said.

However, beyond his qualities as an officer, Singh’s rise was also shaped by his ability to work the power circles. His critics say he found a “guardian angel” in every political dispensation. There was a time when he top Congress politicians attended his parties.

“He has friends everywhere, be it in the ministries, the central agencies or the legal fraternity. He could also move with ease across the political spectrum. I wouldn’t have been surprised if, had there been a Congress government at the Centre, he got a ticket from the Congress,” said a senior IPS officer who didn’t want to be identified.

Born in Lucknow, Singh belongs to a family of civil servants. His father Ran Bahadur Singh, who rose from being a UP Police service officer to an IPS within a span of 12 years, eventually retired as DIG of the state capital.

Throughout his 14-year ED career, Singh had top lawyers such as Prashant Bhushan, Harish Salve and BJP MP Subramanian Swamy arguing in court to procure protection for him against allegations of malpractice or disproportionate assets.

In 2011, at the peak of the 2G probe, when allegations were made against Singh by the Sahara Group, a Supreme Court Bench of Justices G S Singhvi and A K Ganguly not only issued contempt notice against the group but also provided Singh protection from slander.

According to sources, during the 2014 general elections, Singh had been considered by the BJP as a potential candidate for Amroha, but things had not worked out.

In 2017, too, when allegations were made against Singh to then Revenue Secretary Hasmukh Adhia, a Bench headed by Justice J Chelameswar gave blanket protection to Singh against any investigation.

Another testimony of this goodwill is an episode from 2014 when government counsel K K Venugopal went against the Centre’s move to repatriate Singh back to UP, arguing that it could not be done as the officer was probing the 2G and Aircel-Maxis cases.

Singh had won an order for permanent absorption in the ED from the Central Administrative Tribunal (CAT) in December 2013 but the government was unwilling to absorb him, even after the regime changed in May 2014. After the matter went to the SC and following Venugopal’s argument, a Bench of Justices H L Dattu and S A Bobde gave the government three days to absorb Singh into the ED.

By his own account, Singh had been accused by Adhia of “manipulating the judiciary, especially the Supreme Court”, which Singh said was “strange” and “unbelievable”, wondering if “so many judges could be manipulated over such a long period of time”.

This was part of a letter that Singh wrote to Adhia at the peak of the 2018 battle within the CBI, accusing him of “siding with scamsters and their affiliates”.

The 2018 tug of war between then CBI director Alok Verma and then special director Rakesh Asthana was the first major controversy that had Singh in its crosshairs. In this battle that forced the Prime Minister’s Office to intervene and push both officers out of the agency, Singh was rumoured to have been siding with Alok Verma.

It saw a fresh complaint being filed before the Supreme Court against Singh with the Finance Ministry submitting a report that Singh received a call from Dubai. Though the allegation was rubbished by then ED Director Karnal Singh, the SC, for the first time, removed the protection granted to him and the government instituted a probe.

According to an investigation by The Wire, this was also the time when Singh and his family were listed as potential targets of the Pegasus spyware.

“Yet, the government accepted his VRS request and the ruling party has given him a ticket. And for that, Rajeshwar hasn’t had to work out outrageous cases in anticipatory obedience. That itself tells you that he was always bigger than his job,” said the IPS officer who spoke on condition of anonymity. 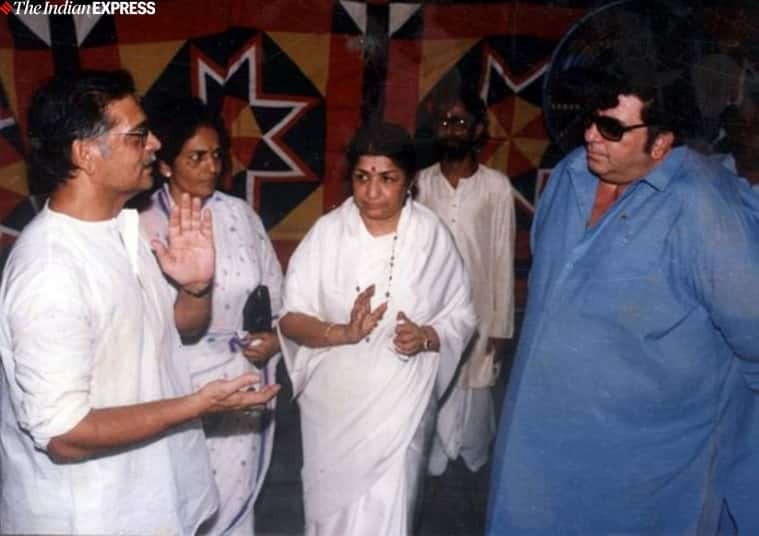