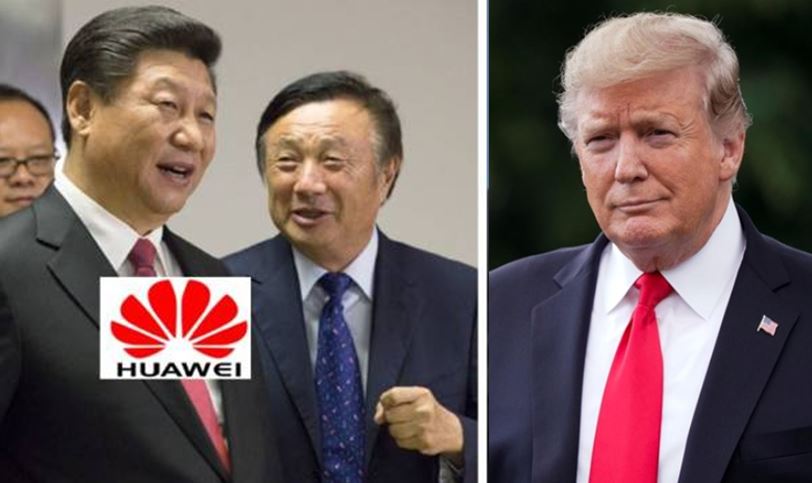 Huawei, the largest Chinese technology giant with annual revenue of more than 120 billion dollars, has said that its “survival” is at stake after USA’s semiconductor (chip) export restrictions on the company. “We will now work hard to figure out how to survive,” said Guo Ping, rotating chairman, at Huawei’s annual analyst conference. “Survival is the keyword for us now.”

Earlier, on Friday, the US released new guidelines regarding the export of semiconductors, the most essential part of any consumer electronics and technology equipments. As per new guidelines, any foreign company which seeks to export semiconductors based on secret American design has to apply for a license to US Department of Commerce, which the department is most likely to deny.

The US Commerce Secretary explicitly said that the Department will “narrowly and strategically target Huawei’s acquisition of semiconductors”. Given the fact that semiconductors are the most essential device for any consumer electronics or telecommunication device; this ban would result in the collapse of Huawei.

“This new rule will impact the expansion, maintenance, and continuous operations of networks worth hundreds of billions of dollars that we have rolled out in more than 170 countries,” Huawei said in a statement.

In May last year, the US put a ban on American technology export to Huawei by its companies, but many countries in East Asia like Taiwan, Japan, and South Korea manufacture consumer electronics essentials using American technology. Therefore, it was easy for Huawei to game the US export ban and import these products from other East Asian countries, but with new rules in place, even these countries will not be able to supply equipments to the Chinese giant.

Taiwan Semiconductor Manufacturing Company (TSMC), a Taiwanese company that manufactures semiconductors based on secretive American design, announced that the company would not take any new order from Huawei.

Huawei is the second-largest customer- accounting for 14 percent of total orders- to the Taiwanese company which manufactures semiconductors for all top consumer electronics of the world including Apple. Therefore, the ban is bound to hurt TSMC’s business but they would have to follow American rules, as they use secretive American technology to design chips.

Semiconductor, popularly known as the chip, is very essential in manufacturing any modern electronic equipment ranging from Smartphones to Refrigerators, and with the ban on access to it; Huawei would head nowhere in the global technology race.

“To attack a leading company from another country, the US government has intentionally turned its back on the interests of Huawei’s customers and consumers. This goes against the US government’s claim that it is motivated by network security,” said the company.

A few years ago, Huawei was aiming to become a global technology giant with a contract to roll out 5G infrastructure in all major European countries, but with anger towards China after Coronavirus pandemic and latest American ban, none of this would be possible.

Chinese government threw all its might to make sure that Huawei gets 5G network rollout contracts in countries around the world including India, but all US needed to is to ban the export of semiconductors in order to explode its ambitions.

Huawei’s rotating chairman Guo Ping said American is doing to protect its technology supremacy and trying to crush the competition because his company is taking lead in global tech innovation. “Any other country or company with more advanced technologies may put US supremacy at risk,” he said.

Most of Chinese technology companies are copycats of their American counterparts and theft of American intellectual property. So China has a Baidu search engine modeled after Google; Alibaba modeled after Amazon, Tencent modeled after Facebook so on and so forth.  These companies are dependent on American giants in one or other way for software innovations or hardware equipments, and could not survive for long without American support.

Therefore, once America pulls out and puts a ban on the use of equipments and services developed by American companies, the Chinese technology industry would collapse like a House of Cards. A technology war has started between US and China, as rightly argued by Global Times, the mouthpiece of Chinese Communist Party, but with all consumer electronics and technology giants like Taiwan, South Korea, and Japan on his side, it is not hard to predict who will win in this war.