In a winter military coat trimmed with fur, Alexander Lukashenko stepped out of his white presidential helicopter for a morning of geopolitical theater. His presidential limousine quickly delivered him to his waiting generals as aides and heavily armed bodyguards fluttered around him, shivering in the icy rain.

The strongman leader of Belarus was visiting a military training site Thursday and watched Russian and Belarusian forces conduct joint exercises, with Sukhoi fighter bombers streaking across the sky and heavy artillery pounding a distant snow-covered target about 100 miles inside of Belarus’ southern border with Ukraine.

Yet, only a day later, Lukashenko was sitting meekly in Moscow with Russian President Vladimir Putin, no longer the swaggering supreme commander but more an obedient pupil seeking instruction and help from his master.

“I absolutely agree with him,” Lukashenko said later of Putin’s assessment that the West was to blame for the crisis enveloping Ukraine — never mind the estimated 190,000 Russian troops present in and around the country — and presenting Europe with its gravest security threat since the end of the Cold War.

Throughout most of his nearly 28 years in power, Lukashenko secured his grip on Belarus by maneuvering adroitly between East and West, playing each side off against the other as he extracted favors from both and resisted pressure from either that threatened his authority.

That game, however, is now over. Military cadets in Victory Square in the center of Minsk, Belarus, on Thursday. The Belarusian Army is increasingly integrated with Russia’s. (The New York Times)

On Friday, Putin greeted Lukashenko with a hug in the Kremlin and sat down with him for talks at a tiny table, unlike the 20-foot-long table at which the Russian leader has held meetings in recent days with Western leaders after they refused to take COVID-19 tests administered by Kremlin doctors.

For his part, Lukashenko described Russia and Belarus as not only neighbors and allies, but in many ways, a single nation bound by a determination to keep former Soviet lands from drifting into the orbit of the West.

On Saturday, Lukashenko joined the Russian leader in the Kremlin control room to monitor the launch of ballistic and cruise missiles in exercises involving Russia’s nuclear forces. Belarus has no nuclear weapons of its own, but Lukashenko said this past week that, if his country were threatened by the West, he would “deploy not only nuclear weapons, but super-nuclear and up-and-coming ones to protect our territory.” These would presumably all be from Russia.

“The balancing act has clearly ended,” said Ales Michalovich, an opposition presidential candidate in 2010 who has been hounded relentlessly by Lukashenko’s notoriously vicious security apparatus.

Backed by an expansive and brutal security system, Lukashenko shows no sign of losing his grip at home, if at the cost of becoming Putin’s enfeebled satrap.

His near-total dependency on the Kremlin began in August 2020, after he declared an implausible landslide victory in a contested presidential election and had to call on Putin for help in suppressing huge street protests that followed. Russia bolstered his security forces and even provided journalists to fill the ranks of state propaganda organs thinned by mass defections. President Aleksandr Lukashenko of Belarus speaks to journalists on Thursday, during joint military exercises with Russia in Osipovichi, Belarus. Lukashenko once skillfully managed Moscow, but now he is doing the Kremlin’s bidding in Russia’s confrontation with Ukraine. (The New York Times)

Since then, Lukashenko’s already tight room for maneuvering has shrunk further.

His biggest export earner and taxpayer, a giant potash company, this month lost its only export route to foreign markets through a port in neighboring Lithuania, forcing it to turn to Russia for help. He said on Friday after his meeting with Putin that Belarus, with Russia’s help, would now build a new export port near St. Petersburg on the Baltic Sea.

His military, always far weaker than Russia’s, has in recent months lost any semblance of equal standing in its increasingly intimate relations with Russia’s armed forces, according to Western military officials.

“We can no longer make a distinction between the Russian and Belarusian forces,” said Lt. Gen. Valdemaras Rupsys, Lithuania’s defense chief. “Previously, only air defenses and air surveillance systems were integrated, and now we observe a systemic integration and subordination of Belarusian forces to Russia.”

Whether Russian troops go home or stay behind after the end of joint military exercises in Belarus on Sunday, Rupsys added, will not make a difference “because the Belarusian armed forces from now on are subordinated directly to the Russian military’s supreme command.”

Lukashenko’s previous talk of building bridges between East and West has now been replaced by belligerent tirades against Western leaders. While in Moscow on Friday, he outdid even Putin in warning of conflict and denouncing unnamed Western politicians as “pathologically dangerous.” Europe, he said, is “on the verge of a conflict that, unfortunately, could pull in, like a funnel, practically the whole continent.”

A volatile and deeply eccentric leader, Lukashenko has still tried at times to keep his frayed ties to the West from snapping entirely, using his large stock of political prisoners as bargaining chips. This week, for example, he released from jail a Swiss-Belarusian dual citizen, Natalia Hersche, who had been sentenced to 30 months in prison for taking part in post-election protests.

She was released just days after a new Swiss ambassador agreed to present her credentials to Lukashenko as required by protocol. The United States has refused to take that step because it would mean conferring legitimacy on the disputed election.

Secretary of State Antony Blinken last month ruled out any easing of multiple rounds of sanctions against Belarus until “the authorities cease their relentless repression of the Belarusian people, including by unconditionally releasing all political prisoners.”

Unwilling to do that, Lukashenko has been left with Russia.

Svetlana Tikhanovskaya, who ran against Lukashenko in the 2020 presidential election, claimed victory and then fled into exile, said the president had shrunk to no more than a regional governor of Russia.

“He is very weak and will do anything to buy Putin’s support,” she said in a recent interview in Vilnius, the capital of Lithuania, where she now heads what amounts to a government in exile and where the United States’ would-be ambassador to Minsk is stationed.

On paper, Belarus and Russia have been joined at the hip since the late 1990s, when Russia’s president at the time, Boris Yeltsin, agreed with Lukashenko to form a so-called union state, an arrangement that the Belarusian leader believed would dominate because Yeltsin was so weak, besieged by health and grave political problems.

Since Putin replaced Yeltsin in the Kremlin on Dec. 31, 1999, however, he has put Lukashenko in his place, making clear that the stillborn union state needed to be implemented — with Russia, not Belarus, calling the shots.

At his meeting with Lukashenko in Moscow on Friday, Putin said that, after years of delays, “serious progress” was now finally being made in integrating the countries’ economic, political and military systems.

“We have a lot to discuss and to coordinate our stances on a range of issues,” Putin said ominously.

After years of resisting pressure from Moscow to recognize Crimea, which Russia annexed from Ukraine in 2014, Lukashenko recently said Belarus accepted that the Black Sea peninsula was de facto now part of Russia.

As for the status of the Ukrainian regions of Donetsk and Luhansk, which broke away with Russian support in 2014 and declared themselves “republics,” Lukashenko said Thursday that he would follow Russia’s lead in how they should be treated.

He is still balking, at least formally, at long-standing demands by Moscow that he let Russia open permanent military bases in Belarus. Speaking this past week, he said there was “no need for Russian bases,” if allowing that Russia could leave behind ammunition and military hardware deployed for the current joint exercises. He also said he wanted to expand Russian military training facilities in Belarus and other military cooperation.

“He is still taking some decisions himself, but his decision-making process is totally unpredictable. He doesn’t follow any rules, even Russian rules,” said Michalovic, the former opposition candidate.

Any efforts by Lukashenko to show even a modicum of independence from Russia could easily backfire if Putin, who is reported to have long tired of Lukashenko’s games, decides he has had enough and can find a more reliable figure to replace him.

“Putin will use Lukashenko so long as he is malleable” and “performs his functions as a useful idiot,” said Pavel Latushko, a former Lukashenko loyalist, now in exile, who served as a Belarusian ambassador and culture minister.

But Latushko predicted that the Russian leader would drop Lukashenko “at a convenient moment” because pushing him aside would help rally ordinary Belarusians to Russia’s side and free the Kremlin of the taint of having propped up a deeply unpopular dictator. 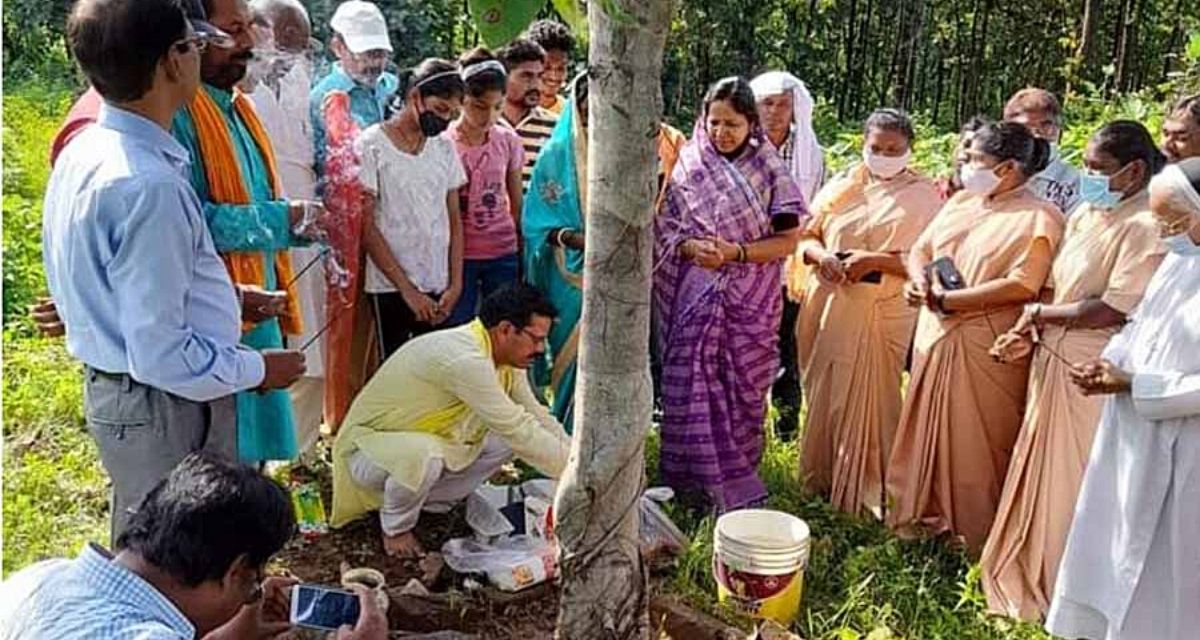