Canadian Prime Minister Justin Trudeau on Monday invoked the Emergencies Act, to be used for the first time in the country, in a bid to end the anti-vaccine mandate protests taking place across the country and blocking parts of the capital Ottawa.

Trudeau on Monday said that the protests and blockades were harming Canada’s economy and putting the safety of the public at risk. “We cannot and will not allow illegal and dangerous activities to continue,” Trudeau said in a news conference, adding that the protests will pose “serious challenges to law enforcement’s ability to effectively enforce the law”.

Canadians have been protesting for almost three weeks against a vaccination rule that required truckers to be vaccinated in order to cross the Canada-US border or be quarantined after returning. The protests have had an effect on Canada’s economy as well as its relations with the US.

On Sunday, Ambassador Bridge in Windsor, which is crucial for US-Canada trade, was reopened for commute after the police removed protestors blocking the bridge.

Minister of Justice and Attorney General of Canada David Lametti said, “Over the past several weeks, illegal blockades and occupations have disrupted the peace in many communities across Canada, and have hurt our economy. Today’s declaration of a public order emergency is an extraordinary measure that is time-limited, and that will ensure that we restore peace in our communities.”

What is the Emergencies Act?

The Emergencies Act, passed in 1988, is a law that can be used in case of national emergencies to take “special temporary measures to ensure safety and security” as well as gives powers to the state to amend other acts.

The act defines a national emergency as a situation that is of urgent, critical and temporary nature. It further states that a national emergency is to be considered if a situation puts the lives, health or safety of Canadians at risk and “is of such proportions or nature as to exceed the capacity or authority of a province to deal with it”. It is also to be considered an emergency if it threatens the ability of the Canadian government to maintain “the sovereignty, security and territorial integrity of Canada”.

The act states that it can only be imposed if the situation cannot be dealt with through no other law in Canada.

The Emergencies Act of Canada can be invoked in parts depending upon the emergencies. The act covers four emergencies: public welfare emergency, public order emergency, war emergency and international emergency.

The part of the Emergencies Act invoked by Trudeau on Monday was public order emergency, which means “an emergency that arises from threats to the security of Canada and that is so serious as to be a national emergency”. 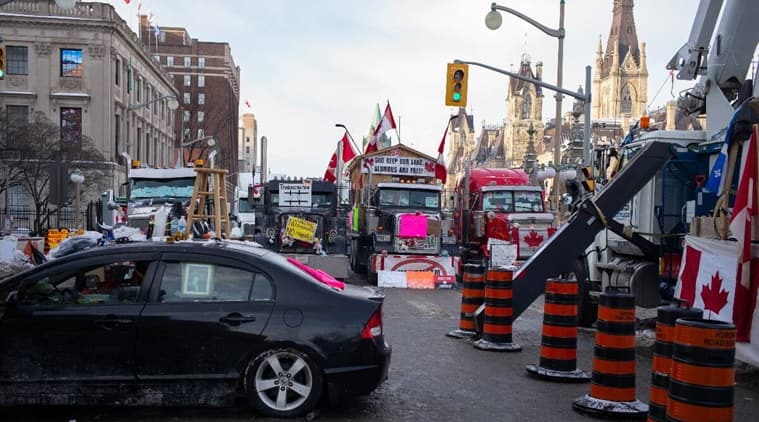 Heavy trucks and other vehicles parked outside of Parliament in Ottawa, Ontario. (New York Times)

Threats to the security under the Public Order Emergency of the Emergencies act include: activities that support or directly lead to espionage or sabotage against Canada; activities that are detrimental to the country’s interests; foreign-influenced activities within or relating to Canada that are clandestine or deceptive in nature; activities that support or are directed towards acts of serious violence towards people or property “for the purpose of achieving a political, religious or ideological objective” in Canada; and activities that lead to undermining or unlawfully overthrowing the constitutional system of the Canadian government using violence.

The act does not cover lawful protests.

The application of the Public Order Emergency expires after 30 days of its declaration unless it has already been revoked or the decision to continue it has been taken in accordance with the act. As the public order emergency comes to expiration, so do all the regulations and orders passed under it.

The Emergencies Act, however, has to be approved by the Canadian Parliament within seven days of the government invoking it. The Parliament also has the right to revoke the act. Also, any regulations or orders passed under the act can be challenged in Canadian courts.

How does Canada’s Emergencies Act affect the protestors?

The Emergencies Act gives the state the power to prohibit or regulate the assembling of citizens that is expected to breach the peace; travel of Canadians to, from or within specified areas; and use of a specific property by citizens.

Other measures that can be imposed by the government under the act are securing protected areas and taking control or restoring and maintaining public spaces or services.

The order also allows the government to impose a fine of up to five hundred dollars and imprisonment for up to six months for contravention of the orders or regulations under the act by anyone.

Minister of Public Safety Marco Mendicino said, “The authorities granted under the Emergencies Act will help end the illegal blockades and uphold the law. They are targeted, measured, temporary – and proportionate to the urgent circumstances facing our country. These authorities are part of a responsible & scalable approach, and are entirely consistent with the Charter.”

Under the Personal Order Emergency declared by Trudeau on Tuesday, the Canadian government will be freezing bank accounts of anyone linked to the protests without the need for any court order. Vehicle insurance of those involved in the protests can be suspended under the act.

The act would also be giving more powers to the police to fine and imprison protestors. The police will now be able to seize vehicles, including trucks, that have been used in the protests ,and ban any protests that are unlawful in nature, said Canadian Justice Minister David Lametti, adding that the government will be banning demonstrations in specific areas like borders, airports and Canada’s capital city Ottawa. 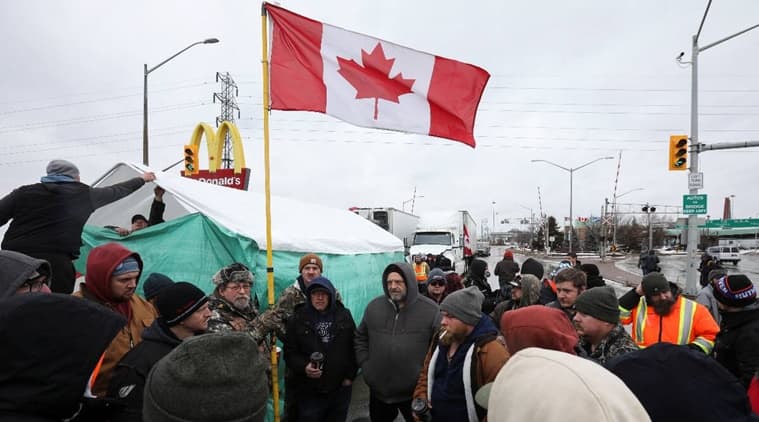 Truckers and supporters continue blocking access to the Ambassador Bridge, Ontario in protest against the Covid-19 vaccine mandate. (Reuters)

Stating that the Emergencies Act would not be used to suspend the fundamental rights of Canadians, Trudeau had also said that the measures would be time-constrained, reasonable and proportionate. Reiterating his position regarding military deployment, Trudeau said it will not be taking place.

Even tow-truck companies will be forced to help the police in clearing protest sites in Ottawa as well as borders of Canadian cities like Coutts, Emerson, Alberta.

Under the act, the government will be widening terrorist financing rules regarding money laundering in order to cover cryptocurrencies and crowdfunding platforms that might be funding the protests.

Has the Act ever been used before?

While Trudeau was considering using the public welfare emergency under the Emergencies Act, which is used in case of natural phenomenon, disease in living beings or accident or pollution, at the beginning of the Covid-19 pandemic, the act has never been invoked.

However, the Emergencies act was earlier known as War Measures Act and had been used, 52 years ago, in 1970 by Trudeau’s father, then Prime Minister Pierre Trudeau, when Quebec terrorists had kidnapped a British diplomat and a Quebec politician. At the time, Pierre Trudeau had suspended civil liberties and had sent in armed forces to deal with the kidnappings. 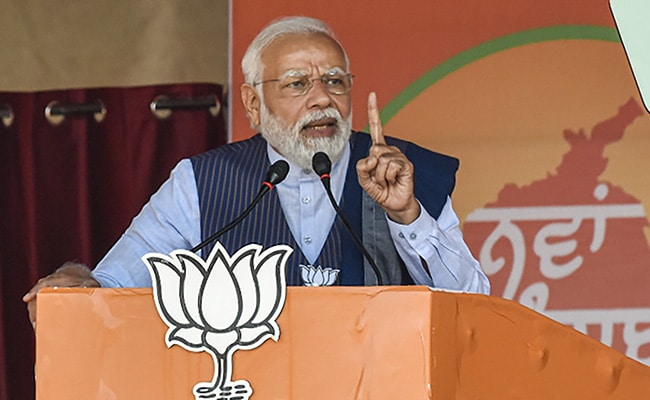