The Chinese Communist Party is infamous for carrying out extensive surveillance on its citizens. China is surging towards becoming the first country in the world to implement a pervasive system of algorithmic and technology-aided supervision to keep a vigil on its entire population. It has now come to light that the country is also spying on citizens in other nations.

In an article in The Spectator, former UK diplomat Charles Patron, who had served 22 years in Communist-ruled China, narrated how he was subjected to surveillance by the Chinese Intelligence machinery. He recounted how an unnamed British Professor at an esteemed UK university set him up to be monitored by the Chinese deep State.

“In 2018, when I was an adviser to the Commons Foreign Affairs Committee, a British professor suggested that my experience in EU/China relations might earn me some good money giving lectures,” he said. Patron informed that the Professor taught at a University, where members of the Chinese Communist Party are trained.

He got in touch with officials at the Shanghai International Studies University, who in turn connected him to their affiliate think tank named Shanghai Institute for European Studies (SIES). Patron stated that the University offered an all-expenses-paid trip to Shanghai.

“Since I was already due to speak in Shenzhen at a conference, we agreed to meet there to talk more about the offer. As the email said, by ‘lucky coincidence’ two of its people were in nearby Guangzhou for business the week after. It was not hard to spot that this was an intelligence approach,” the author wrote in The Spectator.

Charles Patron recounted how the two ‘CCP officials’ tried to trick him into believing that they are affiliated with the varsity. “Instead of meeting me in my hotel, they directed me to a discreet café. Of the two men, it was the younger, Mr Shen, who did the talking: unusual in a society where seniority matters,” he said.

“Nor was this because of the older’s lack of English. Mr Shen’s own fluency was not fit for purpose, so we switched to Chinese. They then forgot their story about doing business in Guangzhou. It was also clear that as I shifted ground on what I was competent to lecture about, they shifted too, away from their original professed interests,” Patron added.

He informed that the two men handed a printed ‘project proposal’ to him and was quick to turn to the payment section to test his ‘cupidity.’ After parting ways, he shared emails with his Chinese counterparts. They would often inquire about his plans to return to the Communist country under the pretext of one ‘innocuous’ request or the other.

“I let the correspondence lapse. But I am sure that the moment I set foot in China, Mr Shen will appear before me. Except that I won’t be going back…It wasn’t surprising that my intelligence approach was set up by a British academic: our universities are heavily targeted. Yet they seem remarkably relaxed,” he informed.

Charles Patron pointed out that UK universities did not bother to verify the background of their Professors, who often have connections to the Chinese Communist Party. He concluded, “There has, for example, been no debate as to the appropriateness of employing staff who are CCP members. At the very least, party membership should be declared, given that the oath when you join states that ‘I will fight for communism throughout my life’ and ‘be ready at all times to sacrifice my all for the party.”

Last year, a report published on OneZero stated that China was on the brink of achieving 100% surveillance of its public spaces with the help of the ‘Sharp Eyes’ surveillance program. The program started in 2013 from a backwater region of Pingyi County, where the local government began installing thousands of security cameras across rural and urban areas.

By 2016, a total of 28,500 cameras were installed. Even the smallest of the villages had at least 6 cameras installed, a state media report said. However, an intriguing facet of this unique surveillance program was that it turned neighbours into agents of the Chinese Communist Party, helping them in their snooping activities.

The footage from the CCTV camera was not only monitored by the law enforcement officials and automated facial recognition algorithms but they were also fed to the residents themselves with the help of special TV boxes installed in their homes.

The residents could watch live security footage coming from the CCTV cameras and summon the police in case they found anything suspicious. Two years later, in 2015, the Chinese government announced that it is going to extrapolate the program to the rest of the country.

The program was dubbed as “Xueliang Project”, or Sharp Eyes, in reference to a quote made by former Chinese ruler Mao Zedong who once wrote that “the people have sharp eyes” when looking out for neighbours that do not uphold communist ideals. 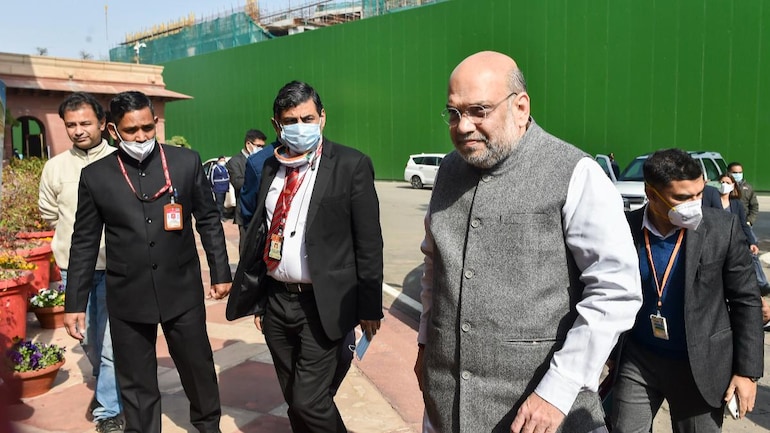