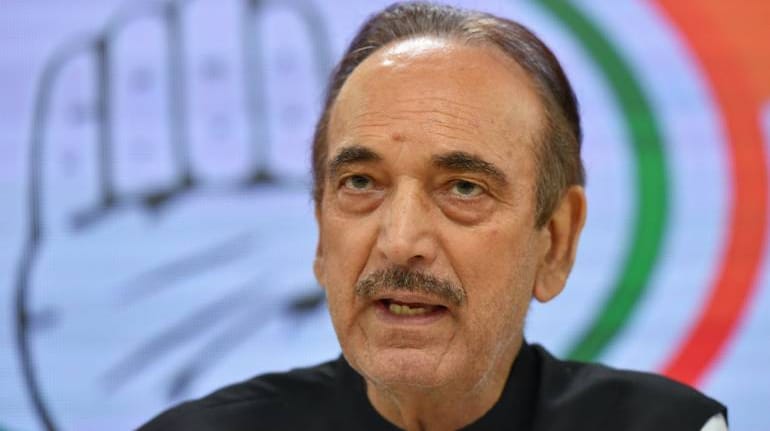 Ordinarily, if a person achieves something, he is praised by his colleagues. Things work differently in Indian National Congress. The Congress lobby is crying foul over the fact that its senior leader Ghulam Nabi Azad has been honoured with India’s civilian award by the NDA government.

Recently, the Modi government decided to honour Ghulam Nabi Azad with the Padma Bhushan award. However, for the Congress party, it has become a point for internal rivalry.

Senior Congress leader Jairam Ramesh took a jibe at the veteran leader. When Buddhadeb Bhattacharya refused to accept the Padma award, Ramesh appreciated him through his tweet. He wrote, “it is the right thing to do as the communist leader wants to be ‘Azad not Ghulam”.

Right thing to do. He wants to be Azad not Ghulam. https://t.co/iMWF00S9Ib

Apparently, the tweet was also a jibe at Ghulam Nabi Azad. Through his tweet, Ramesh tried to suggest that by accepting India’s third-highest national award, Ghulam Nabi Azad had become a slave to the Modi government. Earlier, he had tweeted about PN Haksar not accepting Padma Vibhusan from the government.

In Jan 1973, the most powerful civil servant of our country was told he was being offered the Padma Vibhushan on his leaving the PMO. Here is PN Haksar’s response to it. It is a classic, and worthy of emulation. pic.twitter.com/H1JVTvTyxe

The tweets did not go down well with other party leaders. Kapil Sibbal, often in controversy for his statements criticised his own party for showing intolerance towards Ghulam Nabi Azad. Congratulating Azad, he tweeted, “Ironic that the Congress doesn’t need his services when the nation recognises his contributions to public life”

Karan Singh, another veteran leader also attacked Jairam Ramesh for his tweet. Criticising Ramesh, he said, “If one of our colleagues is honoured, he should be greeted with warm appreciation, rather than snide remarks.” Singh further added, “These national awards should not become a subject of inter-party controversy, far less of intra-party ones,”

Ashwini Kumar, another respected Congress leader also indirectly criticised Ramesh for his innuendo. He termed it an unfortunate incident that such things are going on in the party. Ashwini asked for acceptance of the national honour, irrespective of the party giving it.

“This practice of humiliating senior leaders by the chuttbhaiyas of the party is one of the reasons for alienation. The sooner it stops, the better for the party,” opined former law minister Ashwini Kumar.

Can the Congress have it both ways?
On the one hand it attacks the Govt for not respecting the opposition.
On the other, the moment a Congressman is honoured, it starts complaining…

Meanwhile, in a staggering development, Ghulam Nabi Azad has removed Congress from his Twitter bio. The development came after his humiliation by Ramesh. Seemingly, senior leaders pacifying remarks could not prevent the catastrophe for the oldest party.

Ghulam Nabi Azad has been one of the tallest leaders in Congress. His non-confrontational politics has drawn praises from all corners. Recently, he has been in news for his indirect support of abrogation of Article 370 from the valley.
He is also one of the G-23 leaders of Congress touted to be a reform movement inside of the party.

Read more: With Congress losing its face in the five-state elections, the party is set to split, and one faction will be led by G-23 leaders

Congress needs to relearn the practice of decency and respect. After Captain Amarinder Singh’s humiliating ousting, the party is at tenterhooks. Other leaders like Harish Rawat also look discontent. If Ghulam Nabi Azad deserts it, Congress will go further down the pit.