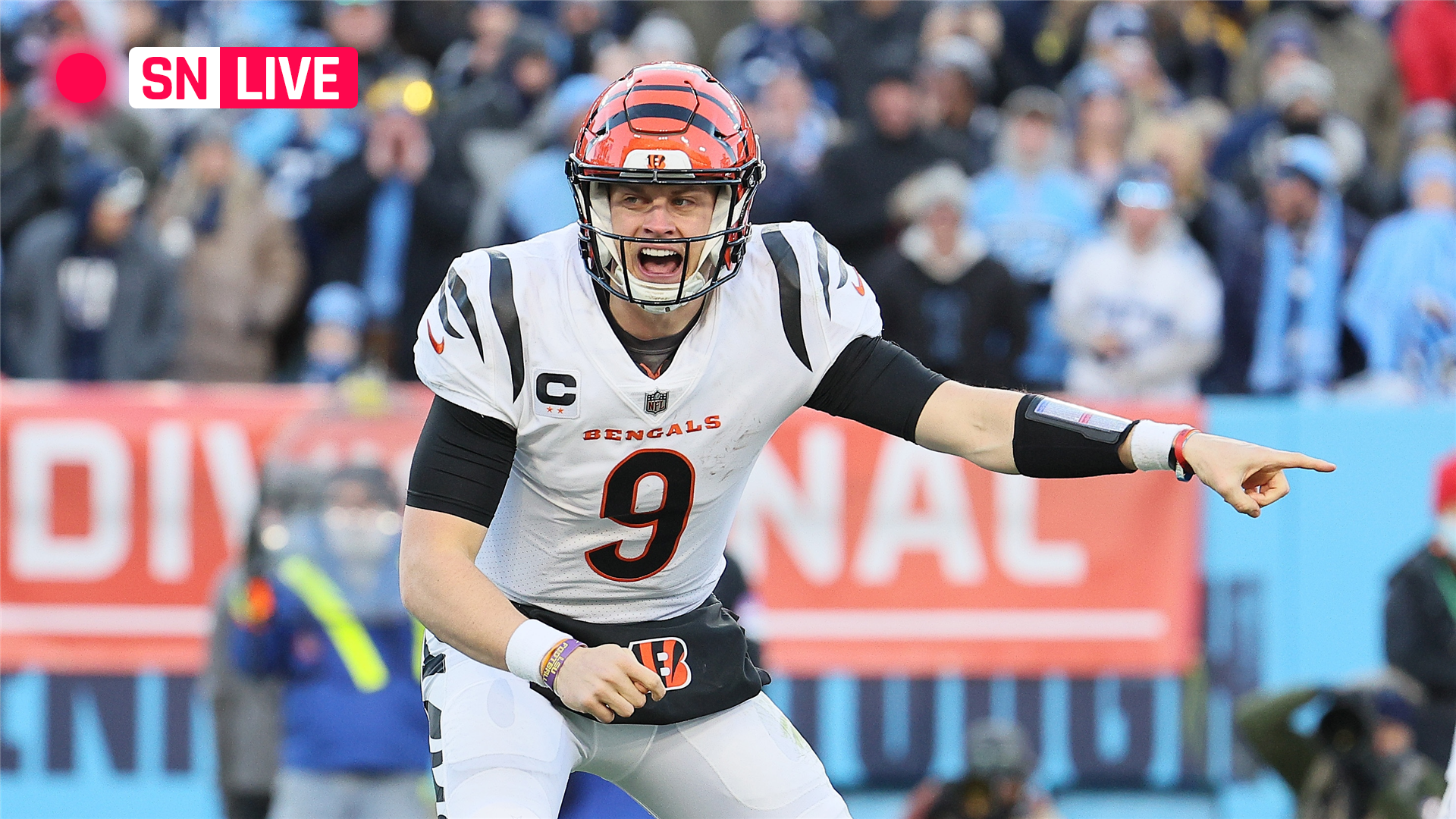 With a berth in the AFC championship game, the Bengals are on the precipice of something that very few of the team’s current players or its head coach will even remember. The last time the Bengals made it this far in the playoffs was in the 1988 season, when they went 12-4 and made it to Super Bowl 23 before losing to the 49ers.

That was nearly 33 years ago, meaning offensive tackle Riley Reiff (33), punter Kevin Huber (36) and long snapper Clark Harris (37) are the only players on this Bengals team who were alive when that Bengals team was going on its run. Even coach Zac Taylor, at 38, would’ve been just 5 years old at the time.

MORE: How the Bengals prepared for Arrowhead noise ahead of AFC championship

And though that bit of Bengals history has been good, the team has also entered some less-than-stellar company. In the AFC divisional round against Tennessee, quarterback Joe Burrow was sacked a record nine times behind a banged-up offensive line. But he played well enough to help Cincinnati win the game.

IYER: Why the Bengals will pull off the upset in AFC title game

But the Bengals are going up against an experienced team that also has dynamic playmakers. The Chiefs are in the AFC title game for the fourth straight year and have the benefit of playing this game at home. Quarterback Patrick Mahomes, wide receiver Tyreek Hill and tight end Travis Kelce have all made big plays in the postseason.

A win for the Bengals puts them in the Super Bowl for the first time in more than three decades. A win for the Chiefs puts them back there for the third time in three years.

Sporting News is tracking the live score and updates throughout the 2022 AFC championship game. Follow along below for complete results.

5:50 p.m.: Another big play by Jerick McKinnon puts the Chiefs inside the red zone. He picks up 14 yards as the two-minute warning arrives.

5:42 p.m.: FIELD GOAL BENGALS. McPherson has just enough leg and keeps it just inside the left upright to give the Bengals the lead. Bengals 24, Chiefs 21 with 6:04 left and it’s 21 unanswered points now for Cincinnati.

5:38 p.m.: A big gain again for the Bengals. This one for 16 to Tee Higgins as the Bengals cross midfield and are at the Kansas City 34.

5:34 p.m.: Another first down run on third-and-7 by Burrow, the fourth third down conversion so far in this quarter. First-and-10 at the Cincinnati 45 after a gain of 11 by Burrow.

5:31 p.m.: On third-and-7, Burrown is basically fully sacked but makes several impressive moves and keeps it himself for the first down. First-and-10 from the 31 now for the Bengals.

5:26 p.m.: After the interception, it’s quickly third-and-6 and Mahomes is sacked again on third down for the second straight drive. The Bengals get the ball back at their own 25 following the touchback on the punt.

5:23 p.m.: INTERCEPTION CHIEFS. Burrow’s pass is immediately picked off as he underthrows it and Kansas City takes right back over at their own 34.

5:21 p.m.: Mahomes is sacked on third-and-3 to open the fourth quarter. Makes it fourth-and-11 from the KC 24 and the Chiefs will punt it away. Cincinnati takes over at its own 34.

5:18 p.m.: The third quarter comes to a close with Cincinnati looking at third-and-3 from their own 32.

5:13 p.m.: TOUCHDOWN BENGALS. Ja’Marr Chase makes an incredible contested catch in traffic and a successful 2-point conversion ties the game up. Bengals 21, Chiefs 21 with 14 seconds left in the third. That’s 11 points in just over two minutes and an 18-0 run for the Bengals.

5:10 p.m.: INTERCEPTION BENGALS. BJ Hill picks off Mahomes on the RPO and the defensive lineman gets the interception as Cincinnati takes back over at the KC 27.

5:05 p.m.: Could quickly become a one-score game as Evan McPherson comes out on fourth-and-goal from the 13. Should be about a 31-yard attempt.

5:03 p.m.: Burrow makes an impressive arching throw on play action to find Joe Mixon out of the backfield for 18 yards. Now first-and-goal upcoming for Cincinnati.

5:02 p.m.: Burrow’s pass on second-and-10 falls incomplete but it moves the chains as Kansas City gets flagged for pass interference, their first penalty of the game. First-and-10 from the KC 26 now for Cincinnati.

5:01 p.m.: What a play by Burrow. He shrugs off the sack and eventually throws on the run to find a wide open JaMarr Chase for 22 yards to the Kansas City 32.

4:53 p.m.: The Chiefs will punt and go three-and-out for the second time in the quarter. Bengals start at their own 34 looking to avoid trading three-and-outs.

4:47 p.m.: The big play by Higgins is negated by a three-and-out after Burrow’s pass on third-and-14 falls incomplete. Kansas City takes back over at its own 7.

4:44 p.m.: The Bengals’ first play out of halftime is a 44-yard pass to Tee Higgins as the Bengals are quickly inside the KC 40.

4:40 p.m.: A low snap on third-and-7 coupled with an overthrow to Kelce and Kansas City goes three-and-out for the first time today. Cincinnati takes back over at its own 17.

4:37 p.m.: The Chiefs start the third quarter with the ball after deferring the opening kickoff.

4:22 p.m.: Cincinnati comes up with a huge stop on second-and-goal with three seconds left and limits the damage. Halftime is here and it’s only an 11 point game.

4:20 p.m.: On second-and-1, Eli Apple gets hit for defensive pass interference against Tyreek Hill in the end zone. First-and-10 from the 1 now with 9 seconds left as the Bengals call a timeout.

4:18 p.m.: Another big play by Hill and this time it’s a catch for 14 yards to the Cincinnati 34 as the Chiefs are marching here late in the first half.

4:10 p.m.: TOUCHDOWN BENGALS. After Kansas City registers a tackle for loss on first down, Samaje Perine takes it 41 yards for the touchdown to cut Cincinnati’s defecit. Chiefs 21, Bengals 10 with 1:05 left in the second quarter.

4:07 p.m.: Another impressive catch by Higgins as Burrow throws it on the run and hits him for 18 yards with the two-minute warning upcoming. First-and-10 for the Bengals from the KC 39.

4:04 p.m.: The Bengals convert on third-and-5 as Burrow hits Tee Higgins for the first time today. Cincinnati now 4-of-7 on third down and it’s first-and-10 from the their own 43 for the Bengals.

3:59 p.m.: TOUCHDOWN CHIEFS. Mahomes tosses it to Hardman for his third touchdown of the game, all to different receivers. Chiefs 21, Bengals 3 with 5:04 left in the first half.

3:58 p.m.: On third-and-1, Kelce picks up 12 yards thanks to the catch and run. Now first-and-goal from the Cincinnati 3 as the Chiefs look to expand their lead.

3:57 p.m.: Clyde Edwards-Helaire breaks off tackles of 14 and 4 yards to make it first-and-10 from the Cincinnati 20 as the Chiefs are in the red zone again.

3:54 p.m.: Kelce picks up 19 yards through the air and now has the most catches of any tight end in NFL postseason history. First-and-10 from the Cincinnati 38 for the Chiefs.

3:48 p.m.: On third-and-6, Burrow’s pass falls incomplete and the Bengals go three-and-out. Mixon’s big run early was for naught. They’ll punt it away as KC takes over at its own 28.

3:42 p.m.: TOUCHDOWN CHIEFS. Mahomes avoids the sack several times and throws on the run to hit Travis Kelce wide open in the front of the end zone. Chiefs 14, Bengals 3 with 12:14 left in the second quarter.

3:39 p.m.: It’s McKinnon again, this time as a pass-catcher. He hauls it in for 11 yards and Kansas City is in the red zone again at the Cincinnati 13.

3:38 p.m.: McKinnon opens the second quarter with a 7-yard rush but the second down pass falls incomplete. Now third-and-3 from the Cincy 24 upcoming.

3:34 p.m.: Kansas City immediately picks up 44 yards as Mahomes hits Mecole Hardman in stride and just drops it in. Now first-and-10 for the Chiefs from the Cincinnati 31 to end the first quarter.

3:31 p.m.: FIELD GOAL BENGALS. Cincinnati gets on the board late in the first quarter to cut into Kansas City’s lead. Chiefs 7, Bengals 3 with 36 seconds left in the first.

3:30 p.m.: On third-and-10 from the 14, Joe Burrow takes three shots to the end zone but none of them can cash in, with some questionable officiating to boot. Seems like Zac Taylor’s squad will settle for the field goal.

3:26 p.m.: Yet another third-and-5 and yet another conversion. The Bengals’ third third down conversion on this drive as Tyler Boyd hauls it in again at the Chiefs’ 37.

3:24 p.m.: The Bengals’ second drive going much better than their first. Burrow hits Tyler Boyd for two yards and a first down on third-and-2. Now first-and-10 nearing midfield at their own 49.

3:22 p.m.: Another third-and-5 upcoming for the Bengals. They couldn’t convert on the first one but get this one easily as Burrow keeps it himself and takes it for 8 yards on the scramble. Now first-and-10 from the Cincinnati 38.

3:20 p.m.: Cincinnati’s second drive will also begin at the 25 after a touchback on the kickoff.

3:16 p.m.: TOUCHDOWN KANSAS CITY. Tyreek Hill comes all the way across the end zone and makes a leaping catch in the back corner as Mahomes throws it on the run. Kansas City 7, Cincinnati 0 with 7:17 left in the first quarter to open up the scoring.

3:15 p.m.: The Chiefs’ ground game continues to do well as this time Mahomes keeps it himself and scrambles for 11 yards and a first.

3:14 p.m.: Tight end Travis Kelce hauls in his first catch of the game, this oen for 10 yards and a first down, already KC’s third of the drive. He needs two catches to pass Rob Gronkowski for the most by a tight end in NFL postseason history.

3:13 p.m.: The challenge is successful and it’s now first-and-10 from the 47 for the Chiefs and McKinnon quickly picks up 9 yards on the ground.

3:09 p.m.: The Chiefs have crossed midfield but come up short on third down on the fullback dive. Makes it fourth-and-1 from the Bengals 47 and the Chiefs will challenge it.

3:06 p.m.: On second-and-3, Patrick Mahomes hits Jerick McKinnon out of the backfield for 14 yards to the Kansas City 38.

3:05 p.m.: Kansas City opens the game at its own 15 following the Cincinnati punt.

3:01 p.m.: The Bengals will start their quest for a Super Bowl berth with the ball in Arrowhead as the Chiefs win the toss and opt to defer.

The AFC title game between the Chiefs and Benglas will kick off at 3 p.m. ET at Arrowhead Stadium in Kansas City, Mo.

What channel is Chiefs vs. Bengals on today?

The Chiefs vs. Bengals matchup will be broadcast nationally on CBS. Jim Nantz will handle the play-by-play duties as normal, and he’ll be accompanied in the booth as normal by analyst Tony Romo. The duo will be joined by Tracy Wolfson and Jay Feely, who will be reporting from the sideline.

For those hoping to stream the matchup, CBS will carry the game on its streaming platform, Paramount+. You can also stream NFL games live online with fuboTV, which offers a free trial.

In Canada, viewers can watch Chiefs vs. Bengals with a subscription to DAZN, which includes every NFL game. 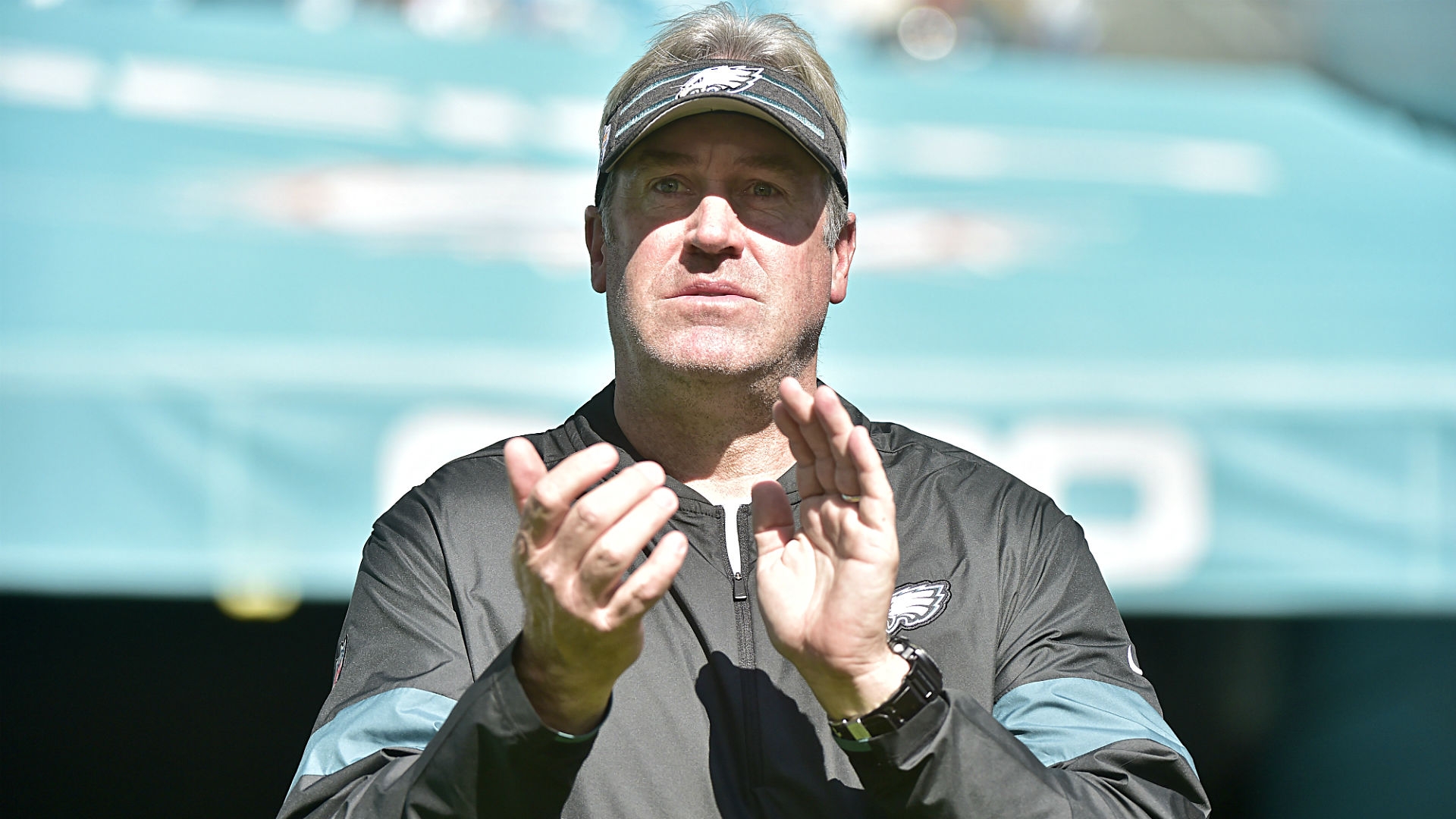